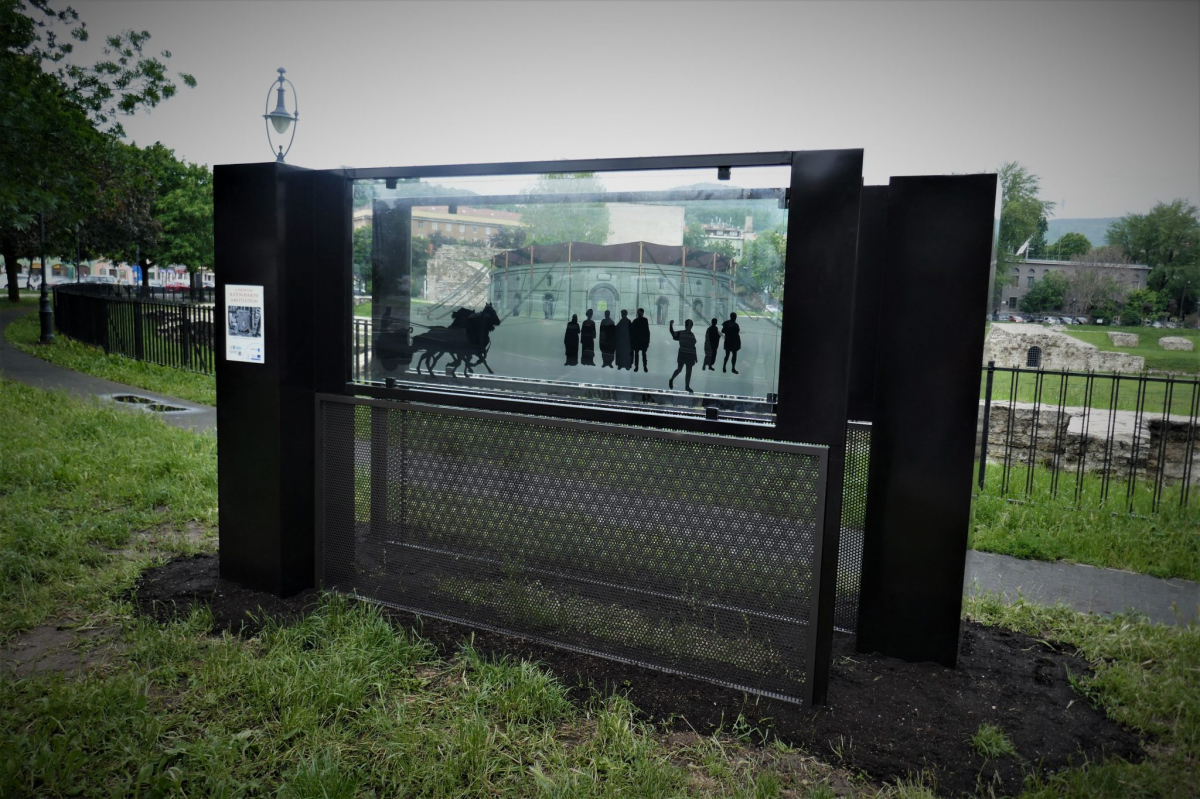 Special reconstruction boards now allow anyone to see what life could have been like at the section of the Limes near Aquincum, now Óbuda. Two signs on the corner of Nagyszombat Street and Szőlő Street showcase the amphitheatre, the third at 7 Kórház Street, shows what the camp gate that once stood there looked like.

Numerous Roman artefacts can be found in Óbuda. Two of which – the military amphitheatre and the camp gate – can now be seen as they once stood with the help of unique signboards. The figures on their surface create a spatial effect when visitors look through the plexiglass boards.

Board in Óbuda, at the military amphitheatre; a view of what was once one of the largest amphitheatres in the world (Source: obuda.hu)

Two boards stand on the corner of Nagyszombat Street and Szőlő Street and show Aquincum's military amphitheatre. In addition, visitors will see not only the building but gladiators, passers-by, race chariots. Walking past the signs, these figures also move relative to each other. At the corner of Pacsirtamező Street and Nagyszombat Street, an information board was erected, which presents the history and the most important features of the historical site.

Gladiators, passers-by, and chariots also appear on the plexiglass board (Source: obuda.hu)

The third board was erected in front of 7 Kórház Street. Here, the former camp gate comes to life through the plexiglass sheet. The figure of a soldier presenting features of the Roman is also on display, allowing visitors to take photographs.

Roman soldier alongside the plexiglass board (Source: obuda.hu)

A gate to the camp once stood on the site of today's housing estate (Source: obuda.hu)

Further boards are also being planned to showcase life on the limes with the support of the European Union. A promenade will be built along the Szentendrei Road fence of the Aquincum Museum and Archaeological Park, and a large-scale exhibition entitled “The limes in Aquincum and Pannonia” will be organized in the Aquincum Museum in 2023.

Cover photo: The amphitheatre in Óbuda comes to life on a special board (Source: obuda.hu)