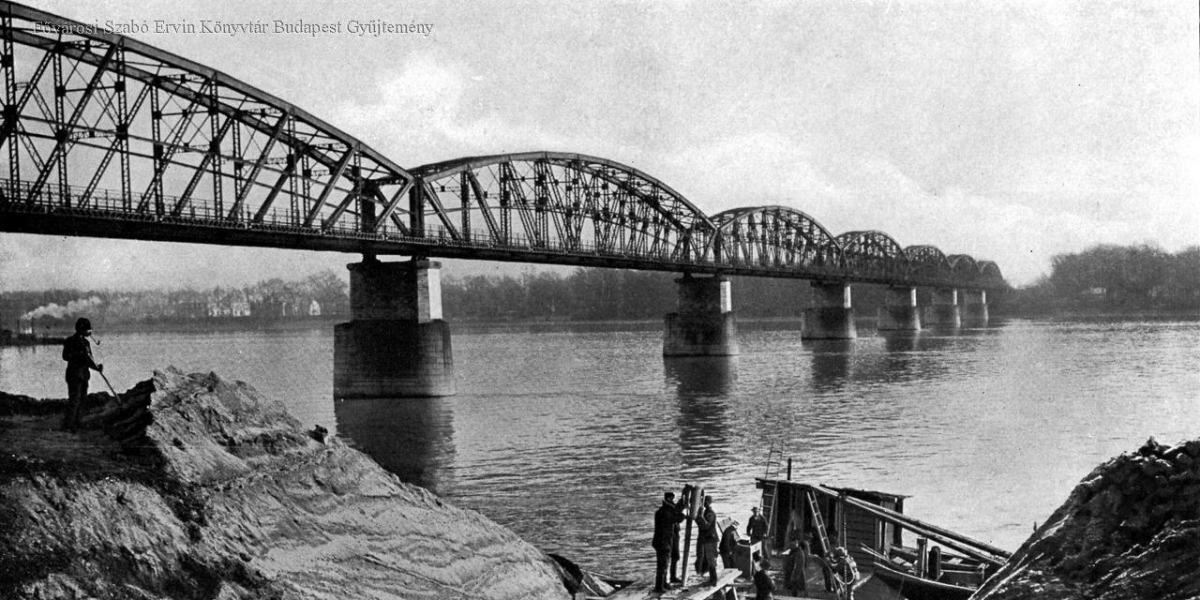 A few days ago, in Pestbuda's article about the Connecting Railway Bridge, the Újpest Railway Bridge was already mentioned. The structure mentioned there - intended to be temporary - was already the second in this place, because the original bridge opened 125 years ago, in the year of the millennium. The second railway bridge in Budapest was not built to connect the railway networks of the two parts of the country separated by the Danube, so the common name, the Northern Connecting Bridge, is in fact incorrect. The bridge does not even have an “official name”, it is called the Northern or Újpest Railway Bridge, but the incorrect name “Northern Connecting” can also be read on official timetables.

The railway line connecting Budapest and Esztergom was privately owned by Nándor Zichy and was built partly with Italian investor money and with the involvement of Italian companies, mainly for freight traffic and the transport of coal from the Dorog coal mines. The idea arose with this railway company that since most of the customers were in Pest anyway, why not cross the railway line to the Pest side. After obtaining the necessary permits, an Italian office, the Societa Nazionale Officine di Savigliano, was commissioned to draw up the plans, which were delivered by 1894. 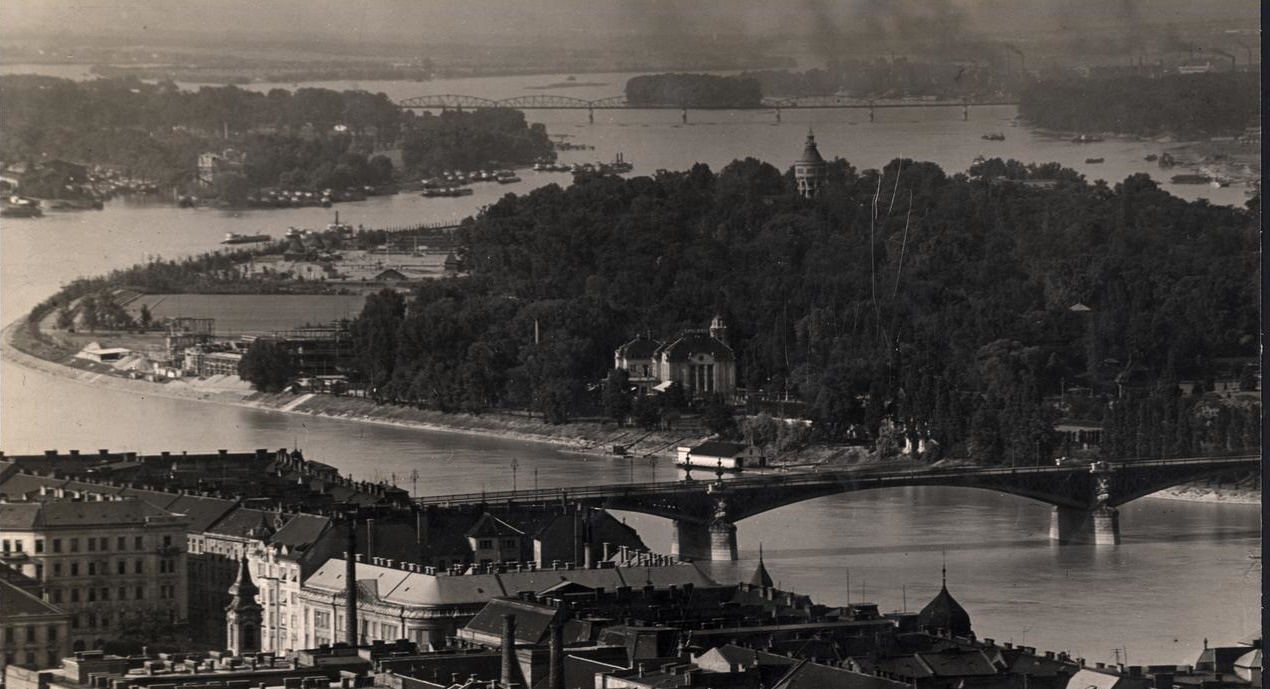 Budapest's second railway bridge was built in the north, on the outskirts of the city (Photo: FSZEK Budapest Collection)

The construction of the bridge began immediately. Out of the cost of more than 1.7 million HUF, the Hungarian state took over 1 million, as the Hungarian State Railways also benefited from a second connection around Budapest.

The construction was hampered by the fact that on the Óbuda side, the load-bearing subsoil was quite deep, more than 18 metres down. The priming was done with caissons, which means that a metal box “open” from below is lowered from the surface, which is the size of the desired priming. Water is squeezed out of this metal structure by overpressure and the appropriate foundation is dug by hand in this overpressure workplace. Of course, this metal “box,” the caisson, was always lowered deeper.

Although they had to reach an unusual depth of 18 metres in relation to Budapest, the construction of the pillars was completed quickly, and the assembly of the bridge structure could begin. The elements were made by MÁVAG, and the iron material was ordered from the rolling mills of Schlick and Nicholson in Pest and the Austrian-Hungarian State Railway in Resica. 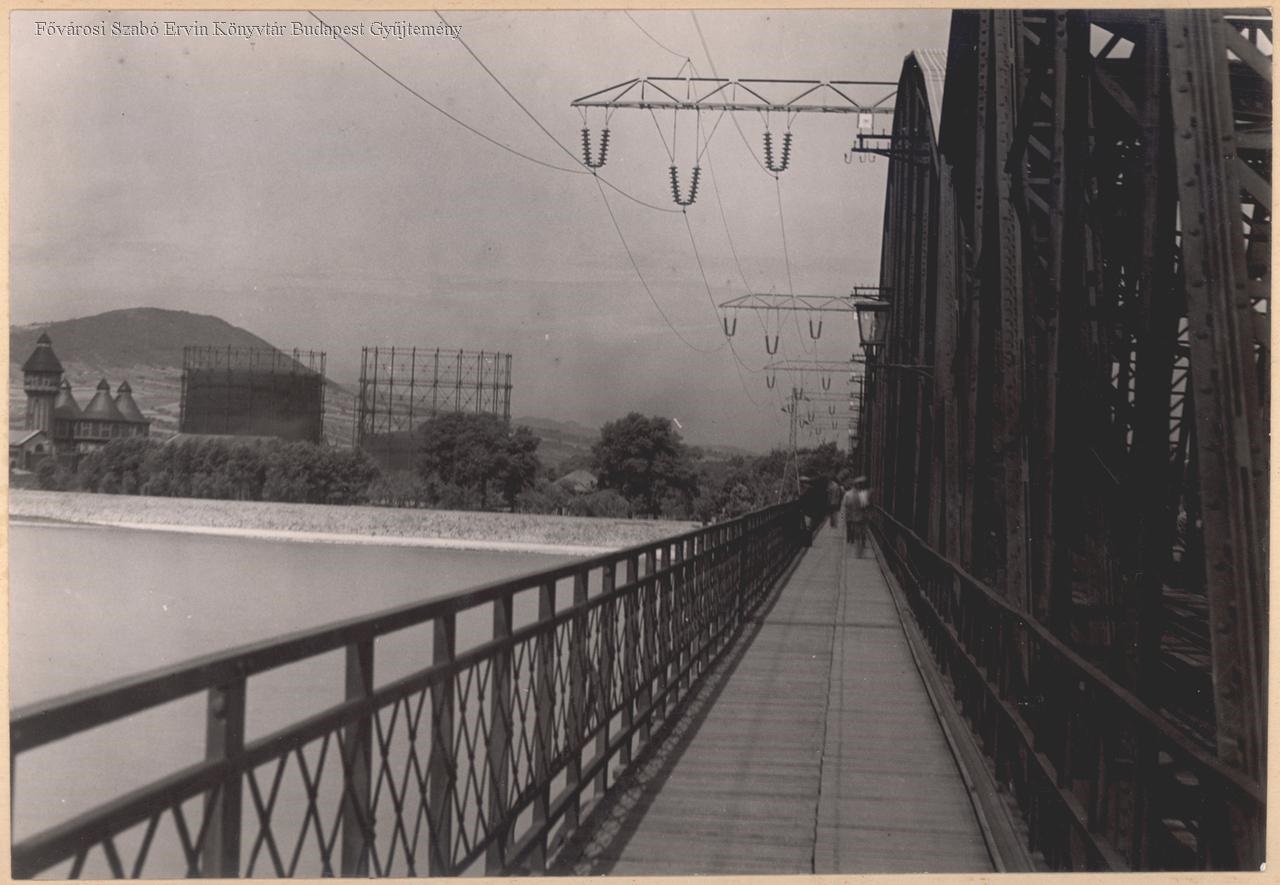 Although it was built as a railway bridge, a sidewalk was also made on it (Photo: FSZEK Budapest Collection)

The bridge structure was completed by the summer of 1896, but the remaining work, the construction of the track, was delayed until November, and the finished bridge was handed over on 3 November 1896.

What was this bridge like? It was very long in the first place, and it was not even one bridge. Several options for the location of the bridge were considered, and finally, the selected route passed over the bay of the winter port, on the Népsziget and on the Danube itself. Above the winter port, the river was crossed by a 220-metre, six-span bridge, which then ran 300 metres on an embankment above Népsziget. Here, a three-span vaulted stone bridge was built into the embankment, mostly to drain the water that accumulated above the embankment during the flood. It was followed by the 670-metre-long 8-span Danube Bridge, which consisted of seven 92-metre spans and a 22-metre span in Óbuda. The span in Óbuda was necessary due to an interesting rule of the era, as it was stipulated that a place should be left next to the Danube for a boat towing route, which was thus passed here. The total length of the two bridges and the intermediate embankment was around 1,200 metres.

The bridge, despite being the longest Hungarian railway bridge at the time, was extremely cheap.

The issue of the Építő Ipar of 27 November 1895, presented the structure that was still under construction at this time:

“Even the bridging of the Great Danube branch surpasses­ the other 8 Danube bridges in Hungary, of which the Margit Bridge has been the longest so far (exactly 530 metres); and the length of the entire bridge - including the intermediate embankment - is almost four times the length of the shortest Danube bridge, near Fővám Square, which is currently under construction and only about 330 metres long.

The Danube Bridge in Újpest is used for the passage of a railway track, and therefore the width of the bridge is only 4'25 metres above the Great Danube branch. This relatively small width is striking, along with the great length of the bridge and the height of the brackets for the larger spans at 12'5 metres.

Looking at the size of the structure, it was built very cheaply, as the cost of 1.7 million dwarfs the price of 2.5 million built by Franz Joseph (today's Szabadság Bridge) at the same time.

The bridge not only served the railway, as a sidewalk was also built, which was very useful for the people of Óbuda, who could reach the factories in Újpest more easily.

The role of the bridge appreciated almost immediately after its opening, the traffic was much higher than expected, so as early as 1903 the structure had to be strengthened. In the following decades, the bridge was further strengthened twice more, in 1911 and 1932, as the weight of trains increased in addition to traffic. 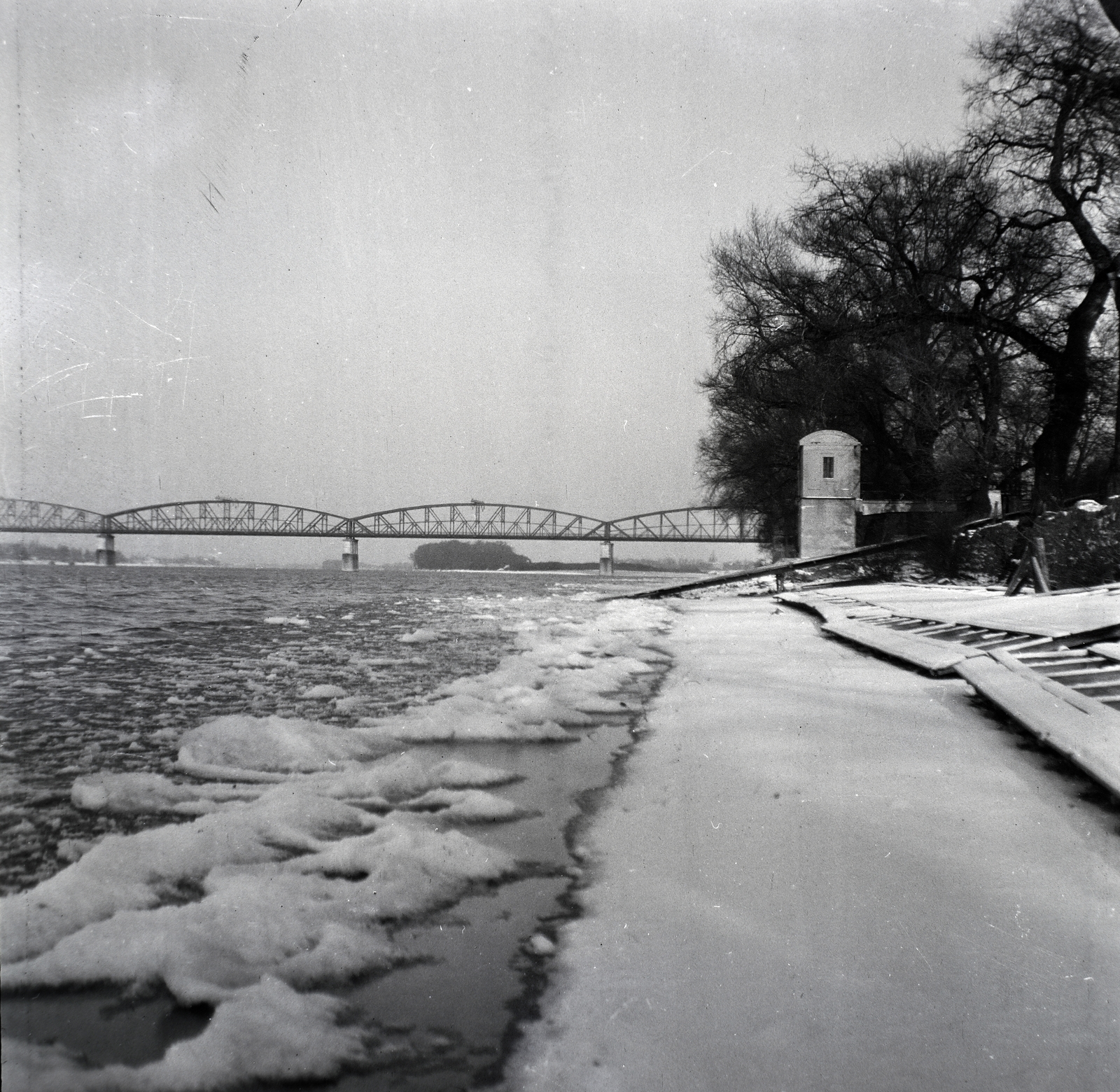 The bridge was hit by several bombings in the second half of 1944, and then between 24-29 December, it was blown up by several blasts, leaving only one structural element floating alone in the middle of the Danube.

After the war, the reconstruction was not very important, the freight trains that had to be forwarded to Pest ran at night on the Árpád Bridge, which was completed by 1950. The new bridge was finally built in 1955, as previously written on PestBuda, with a temporary structure used at the Southern Connecting Railway Bridge. However, the only remaining span was used for decades, as - a bit shortened - it was erected above Sió in Simontornya.

Cover photo: It was the longest railway bridge in the country (Photo: FSZEK Budapest Collection)