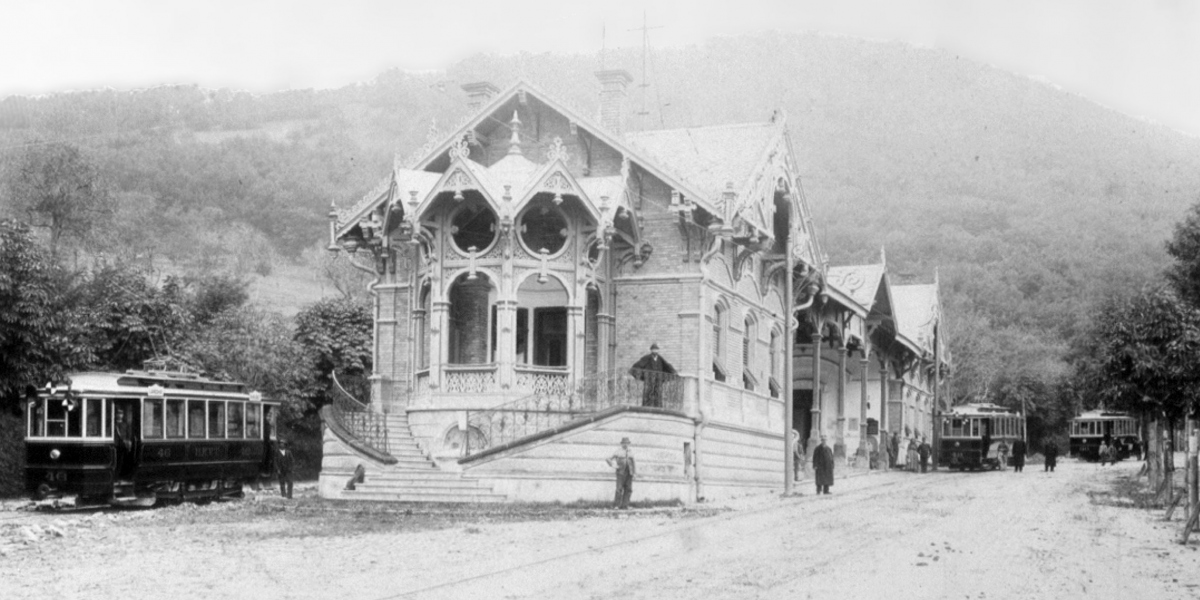 The legendary Zugliget tram line was shut down 45 years ago 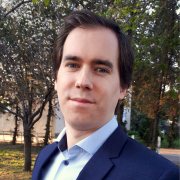 One of the most popular tram lines, the last of which was the iconic tram 58, was discontinued 45 years ago, on 17 January 1977. One of the first tram lines on the Buda side was the one in Zugliget, which started in 1896, the year of the millennium, and although it was replaced by the 58V replacement bus after the 1977 shutdown, then the 158 bus, and today the 291 bus, to this day, many are waiting for the revival of the tram line in the capital.

“From the start of operation on 17 January, tram 58 will not run. Instead, passengers can use the 58V bus with a tram fare" - it could be read in the columns of the Magyar Nemzet on 16 January 1977. The overwhelming news surprised everyone, as the tram's audience was greatly increased due to the Libegő [Chairlift], which was just started operating at the time.

With the abolition of the line, two very characteristic buildings, the terminus of the former horse-drawn railway and the building of the tram terminal at the foot of the later Libegő, also soon deteriorated. Although fortunately both buildings have since been given a new function, a series of significant social collaboration and several nostalgic history-studying groups attest to the fact that to this day many of the capital's inhabitants hope that the tram line, which was canceled on 17 January 1977, will once be resumed. 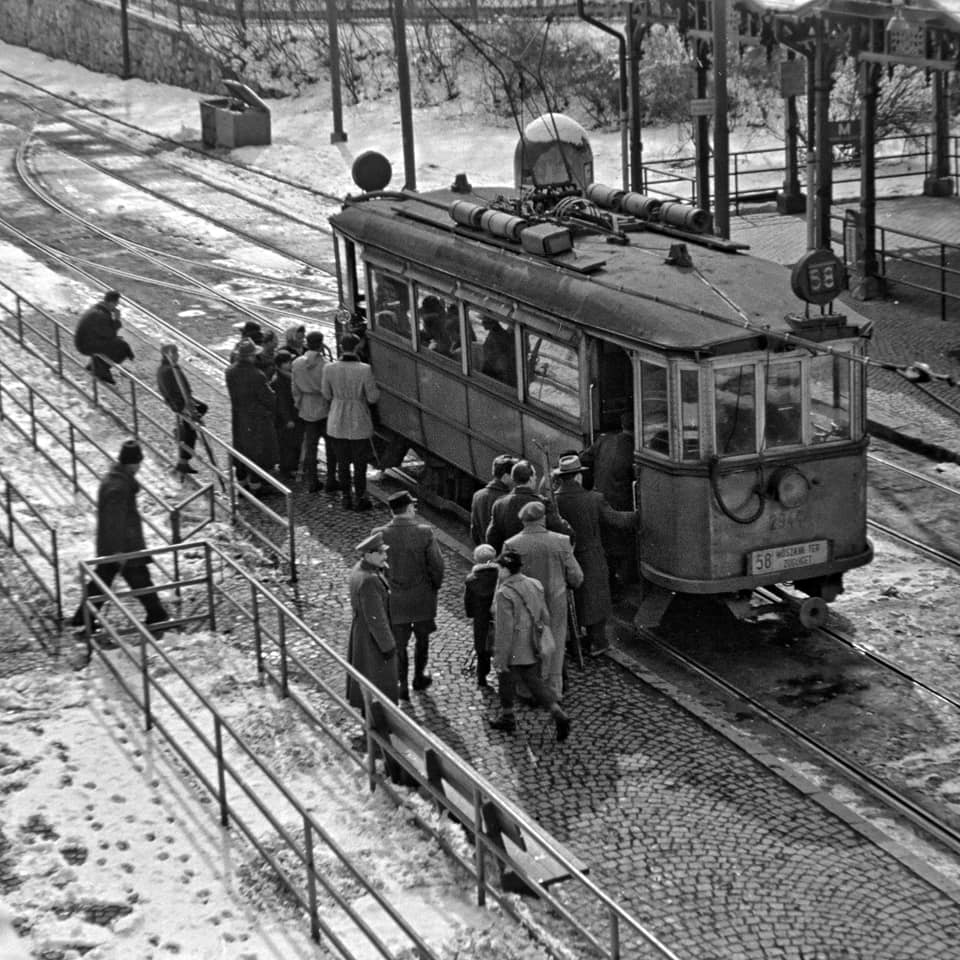 Tram 58 ran between Budagyöngye and Zugliget in its last years and is still one of the most popular trams today, although it was only operating from 16 May 1955 to 16 January 1977, it has a much older history. Buda has a long history of transport in Zugliget, as evidenced by the first omnibus services operated here, going to the Laszlovszky Manor in the early 1830s. Later, a horse-drawn carriage replaced public transport, from 1868 until 1896, to its then terminus, which has since operated as the Horse-Rail Cultural and Event Center. 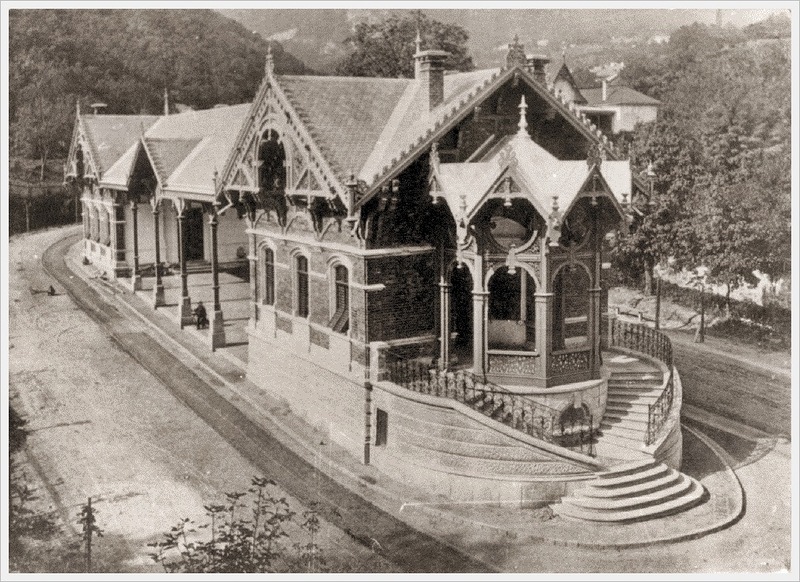 The capital considered it important for the millennium celebrations for horse-drawn railways to be replaced by tram transport wherever possible. That is why in 1893 the Budapest council called on the BKVT to study the electrification of the Zugliget line. Finally, after a few months delay, on 15 September 1896, the electric transport started from Vígszínház (then Lipót, now Szent István Boulevard) to Zugliget. At that time there was no number marked on the tram, but various badges. The tram from the bridge head of Lánchíd to Zugliget was marked with yellow-and-white alternating quarters, while the tram between Károly-kaszárnya (Deák Square) and Zugliget was marked with yellow-and-white semicircles. 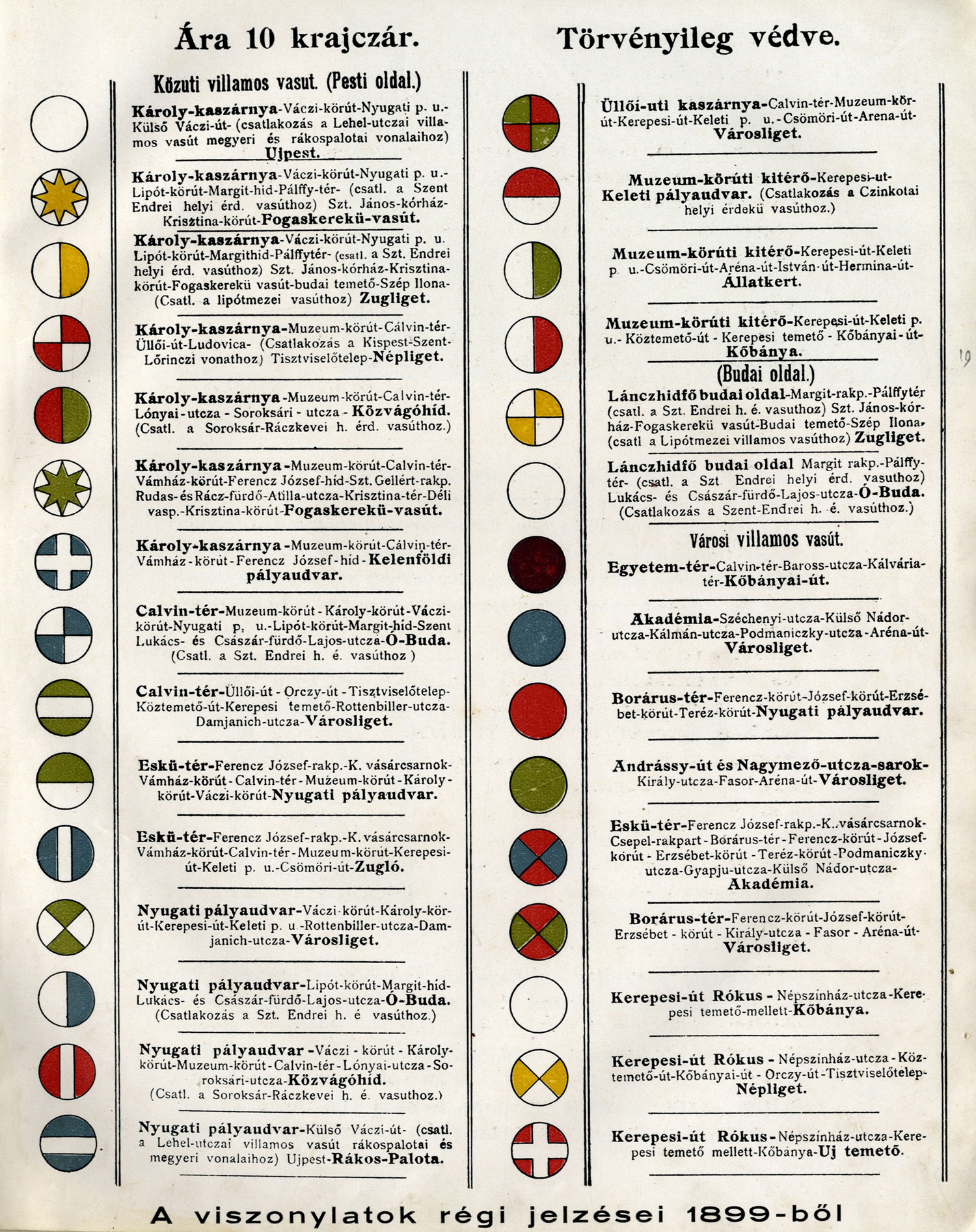 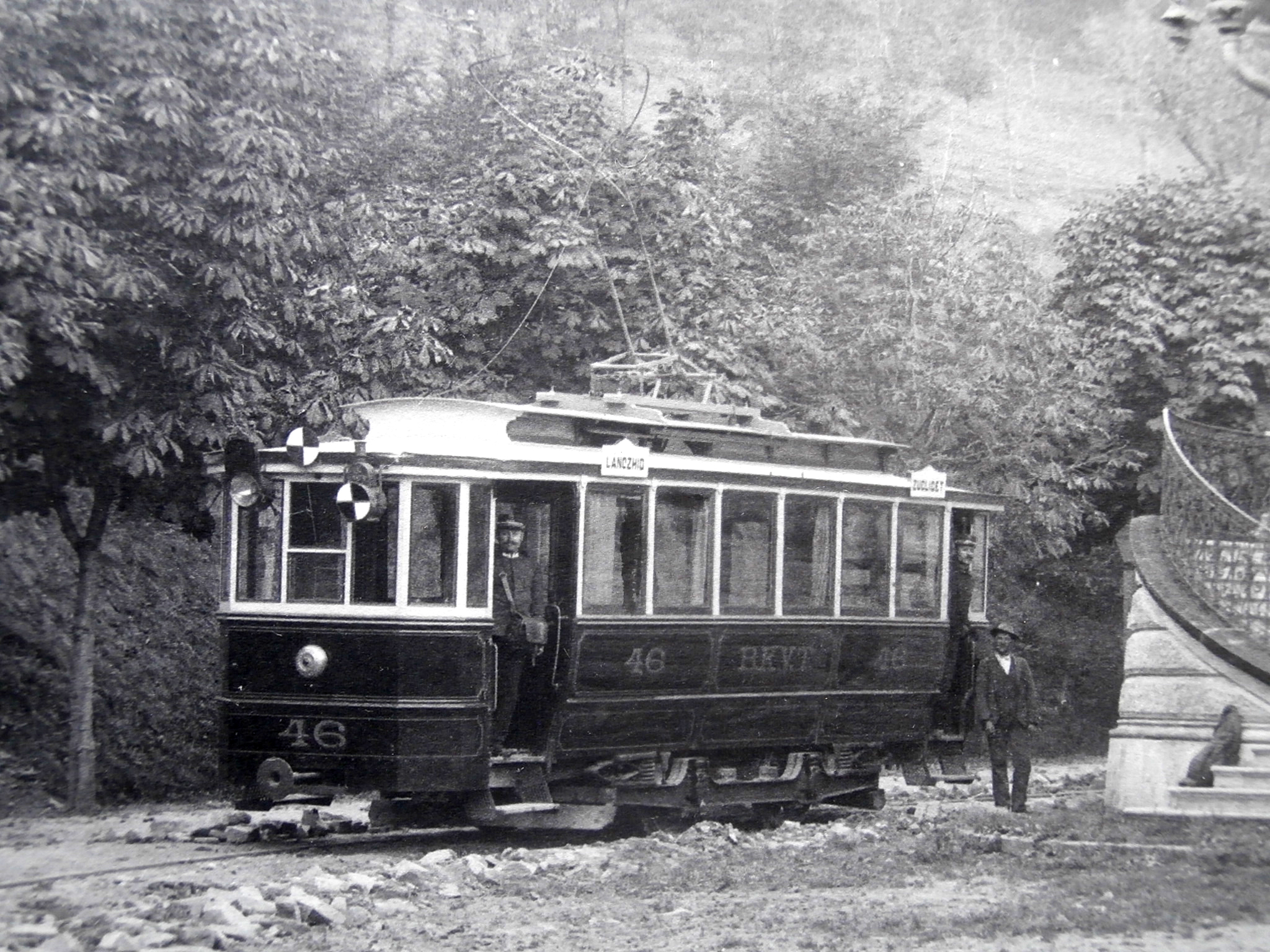 The tram from the bridge head of Lánchíd to Zugliget with its yellow-and-white alternating quarters in the early 1900s (Photo: FSZEK Budapest Collection)

The line was finally extended in 1903 because of a terrible accident on 4 June 1900, which claimed several lives after a tram full of people rolled back and overturned due to a released brake. The accident aroused such a large controversy that the chief of police in Budapest even had the prospect of shutting down all tram traffic in the capital. Fortunately, this did not happen in the end, but the then terminal building lost its terminal role after the line was extended to the foot of the Tündér-szikla, where a new tram terminal was built. 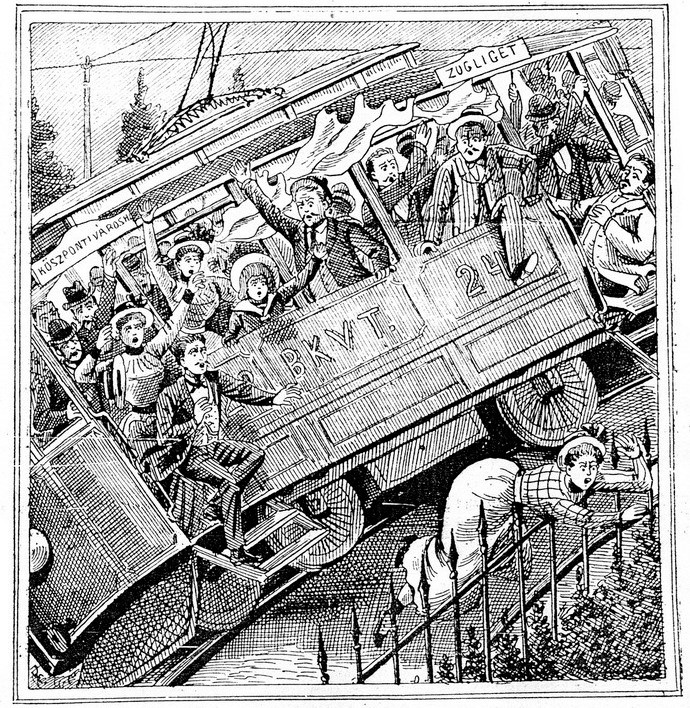 One of the contemporary graphics about the Zugliget accident 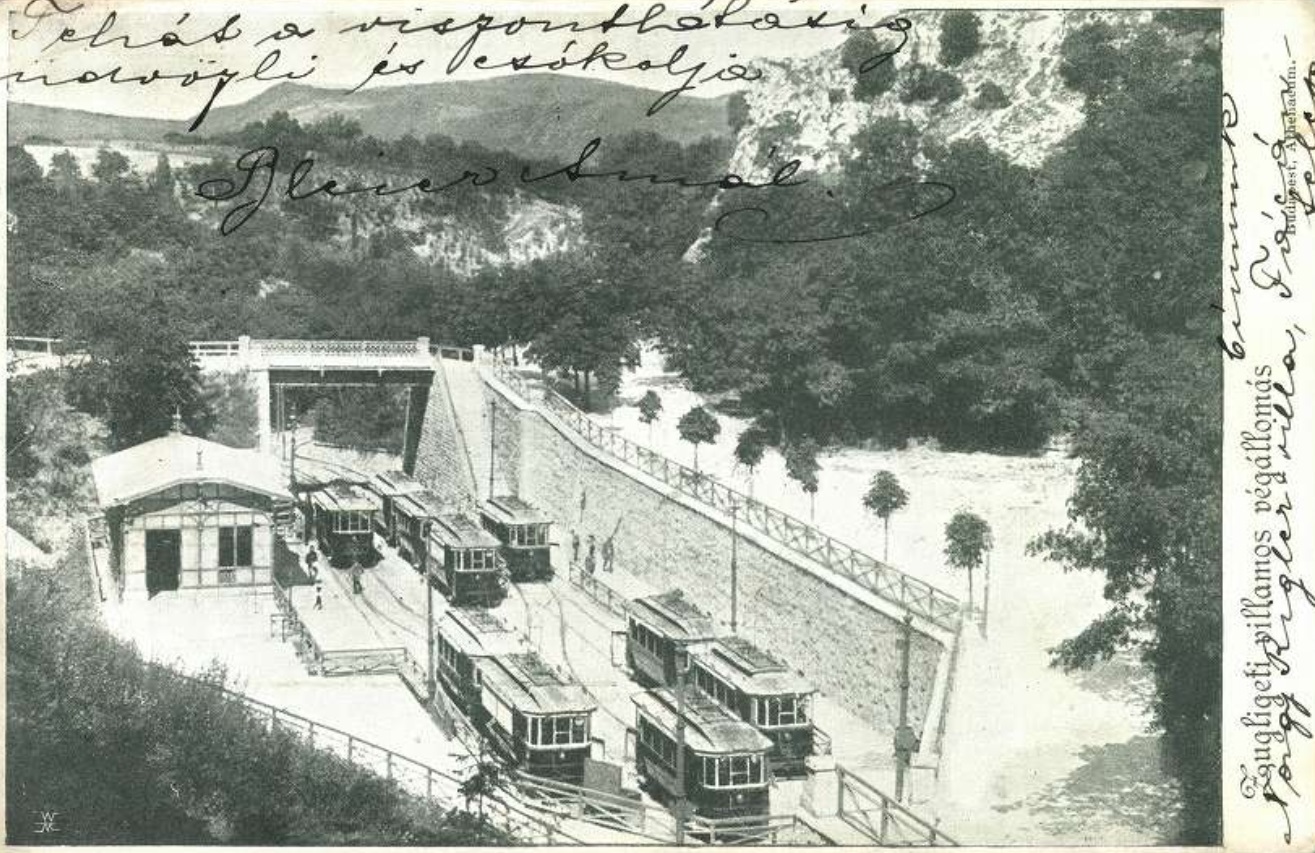 The new terminus before the 1907 enlargement (Source: Zempléni Múzeum / Hungaricana)

The new three-track terminal was used by trams in Zugliget from 1 May 1903. A half-timbered waiting hall and staff residence were built here, the covered waiting room of which was extended around 1907. The colored dials were replaced by the number system in 1910, the Zugliget line was first given the numbers 43 and 45. After World War I, from 1918, these were replaced by tram number 81. At the Széll Kálmán Square terminus, completed in 1941, the tram lines of the Outer Ring Road, Hűvösvölgy, Zugliget, Krisztina Boulevard and Alkotás Road were all connected in one place. 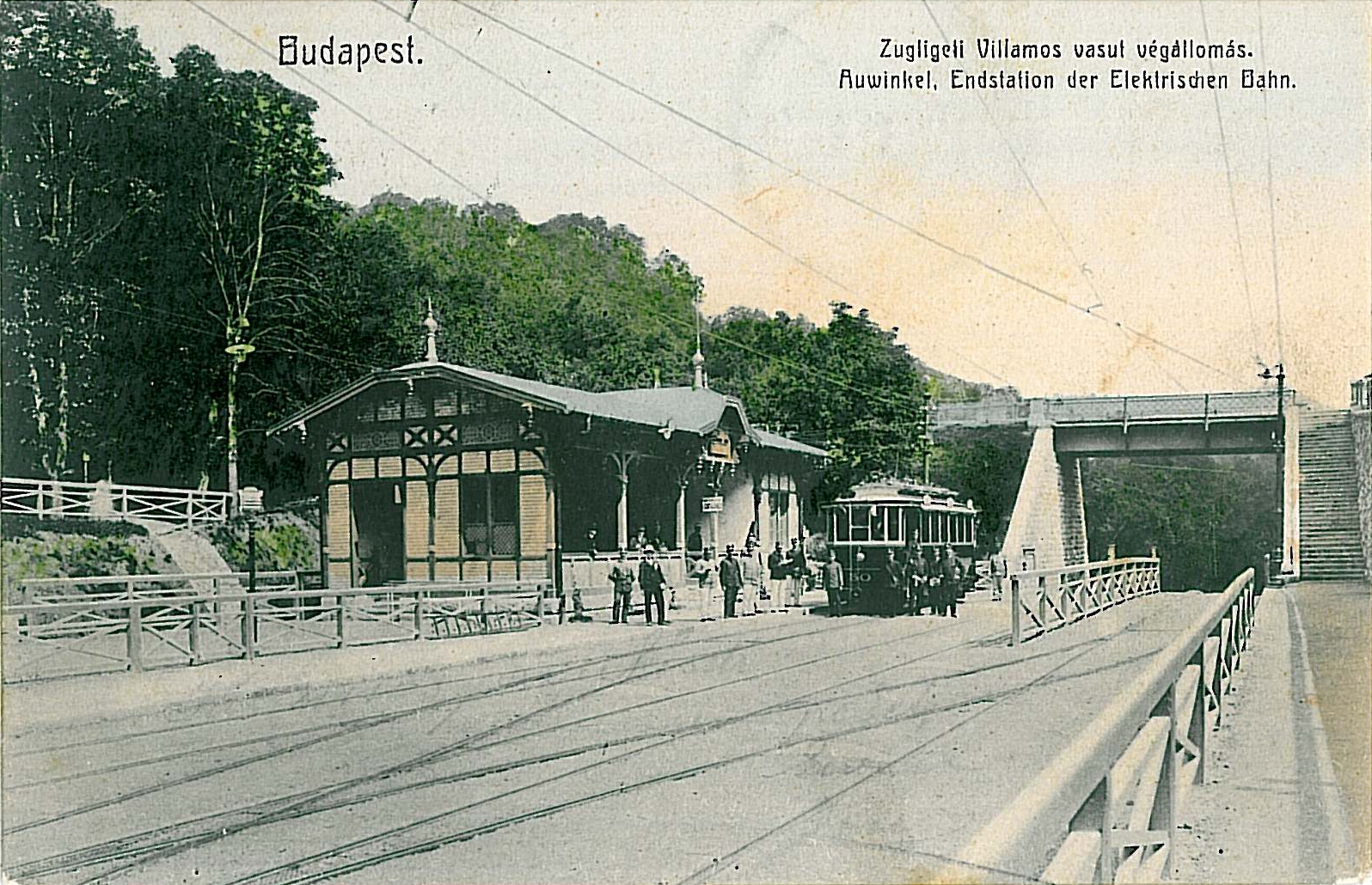 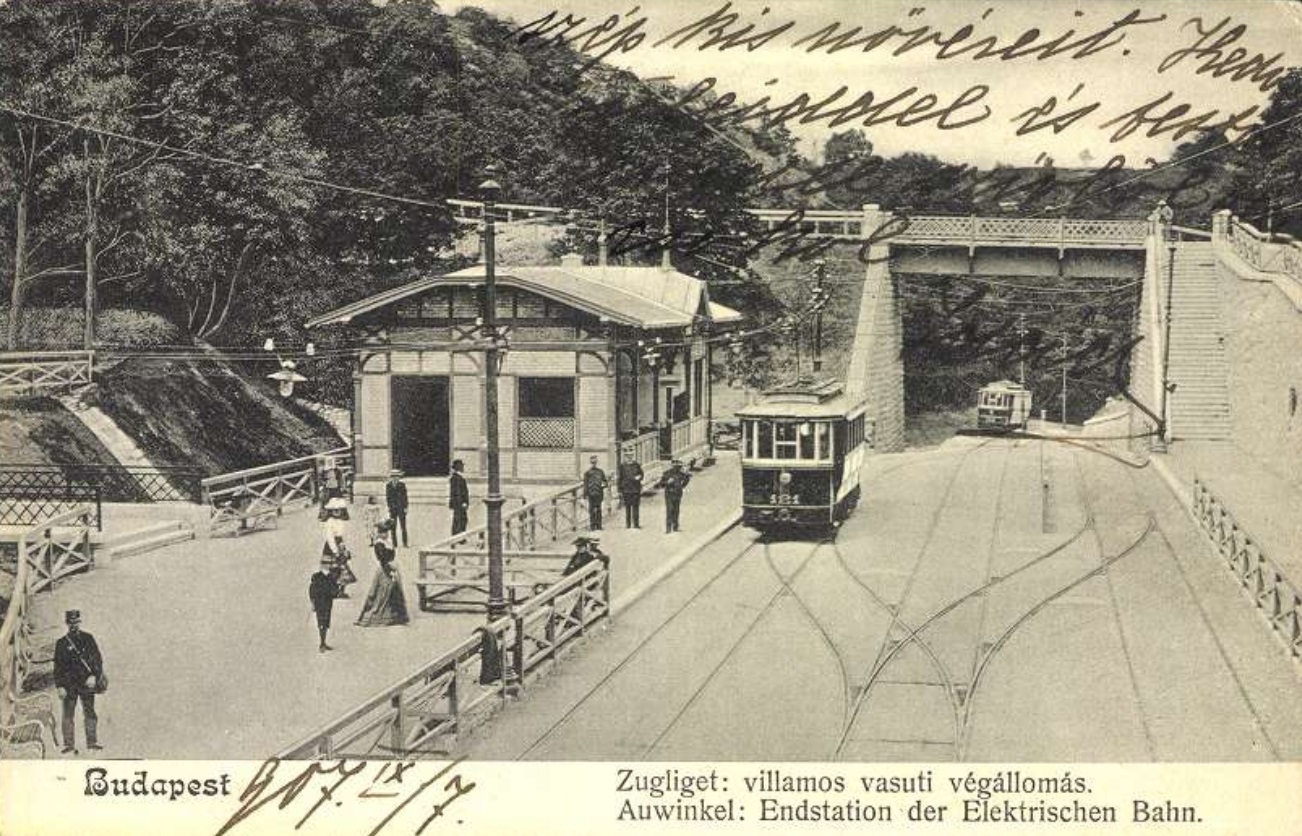 The building of the new Zugliget terminus after 1903 without the waiting area (Source: OSZK / Hungaricana) 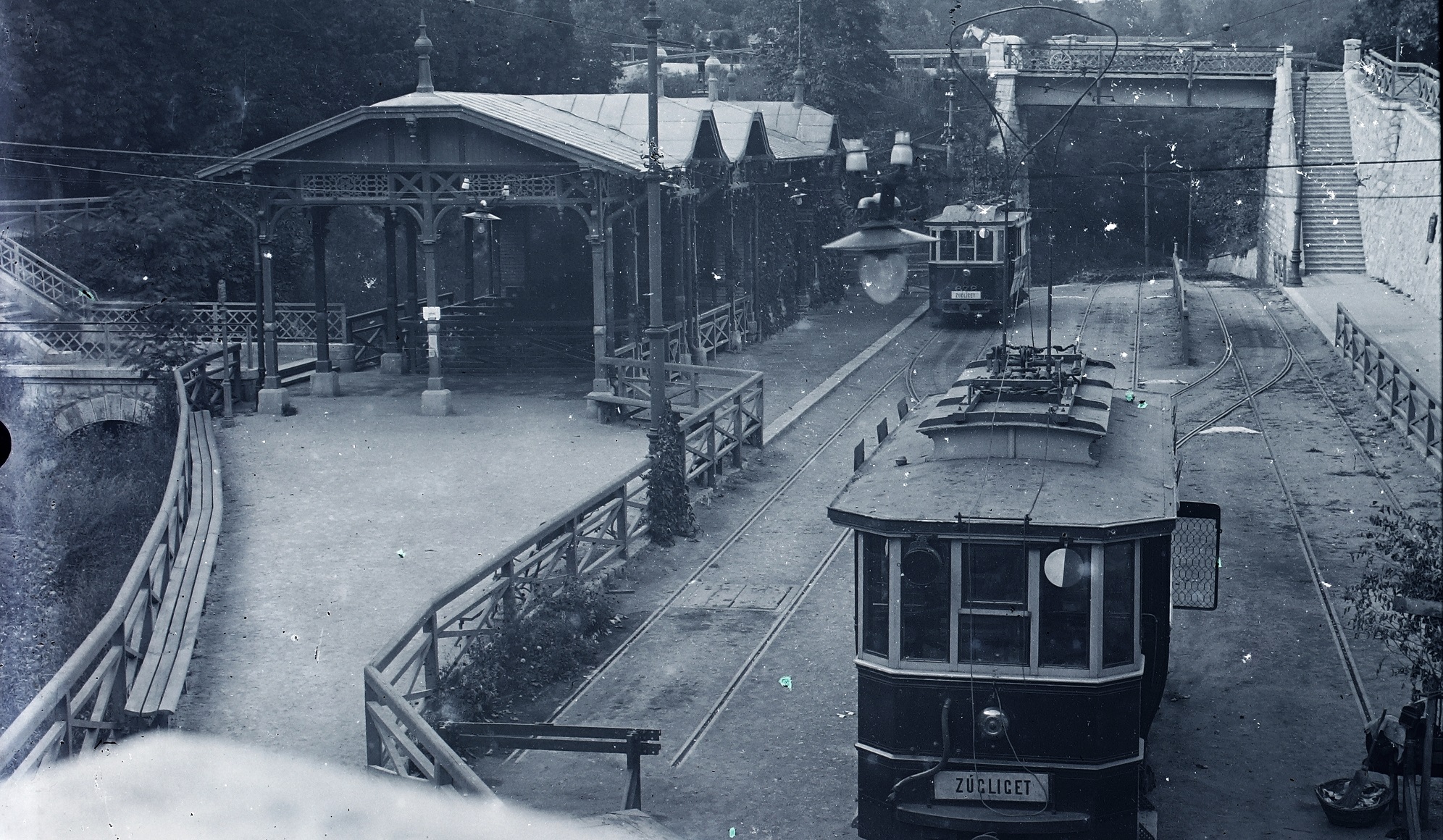 The new terminus in Zugliget after the extension in 1907, but before 1910, as the yellow-white semicircular sign can still be seen on the trams (Source: Fortepan / No.: 149487) 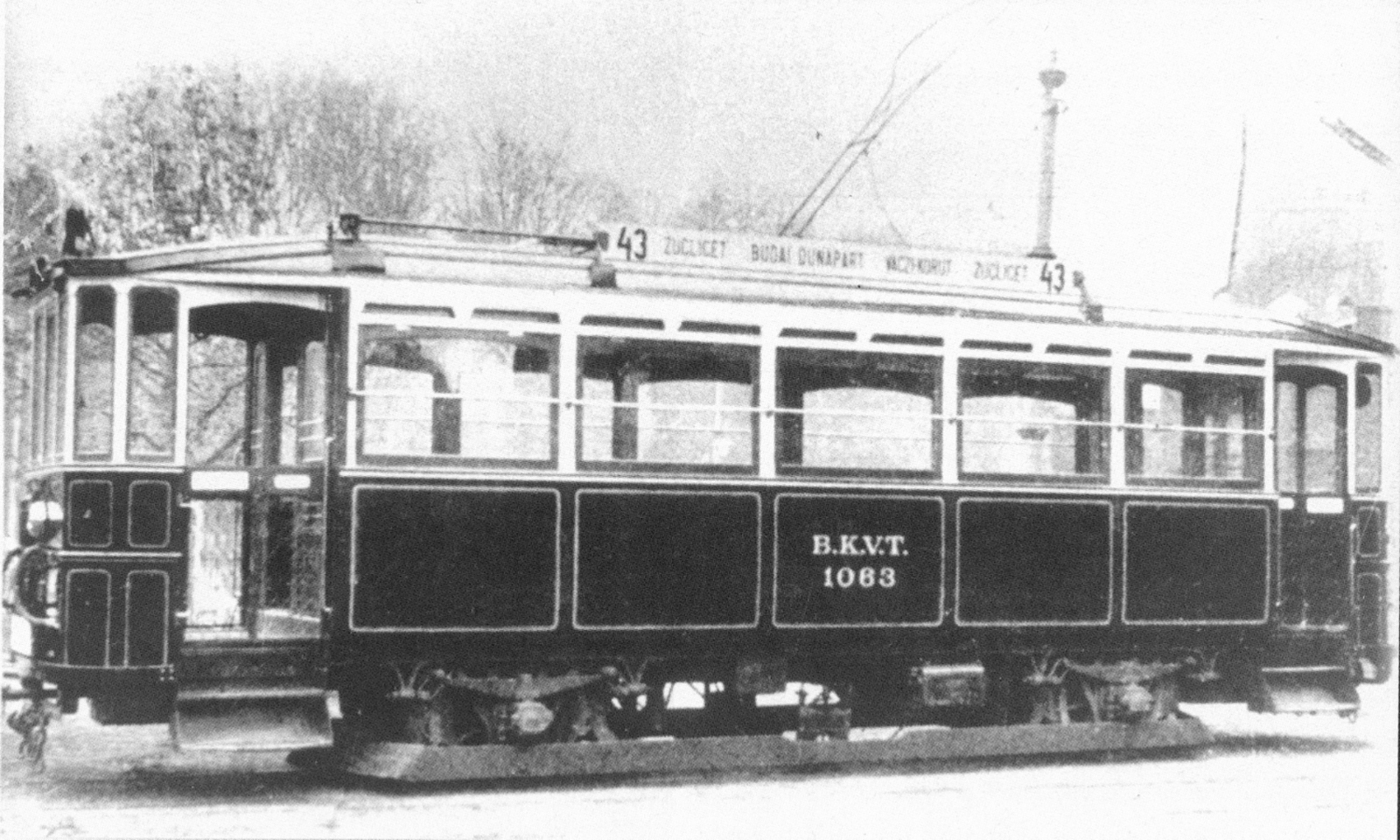 In a few years, during World War II, the traffic of wagons 81 had to be restricted from the autumn of 1944, and then trams were completely stopped by Christmas. After the initial restoration, on 17 May 1945, the line between Széll Kálmán Square and Szépilona was reopened as 81A, and finally, on 5 August 1945, with the restoration of the Zugliget line, the line 81 ran again on its full length until 15 May 1955. At that time, due to the development of the trolleybus network in Budapest, numbers over 70 were assigned to trolleys, so the tram 81 in Zugliget was also “renumbered” and from 16 May 1955 it became Tram 58. 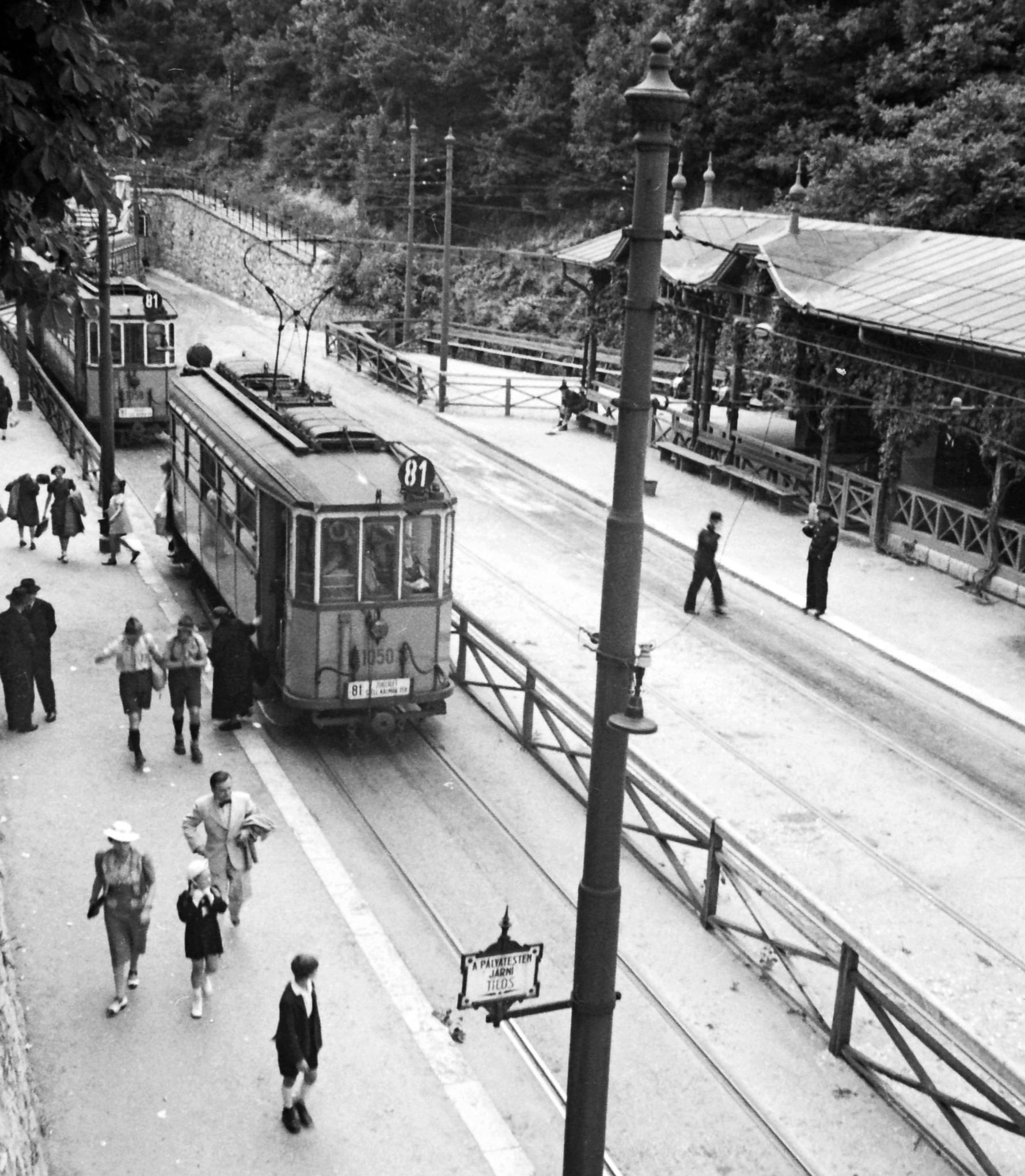 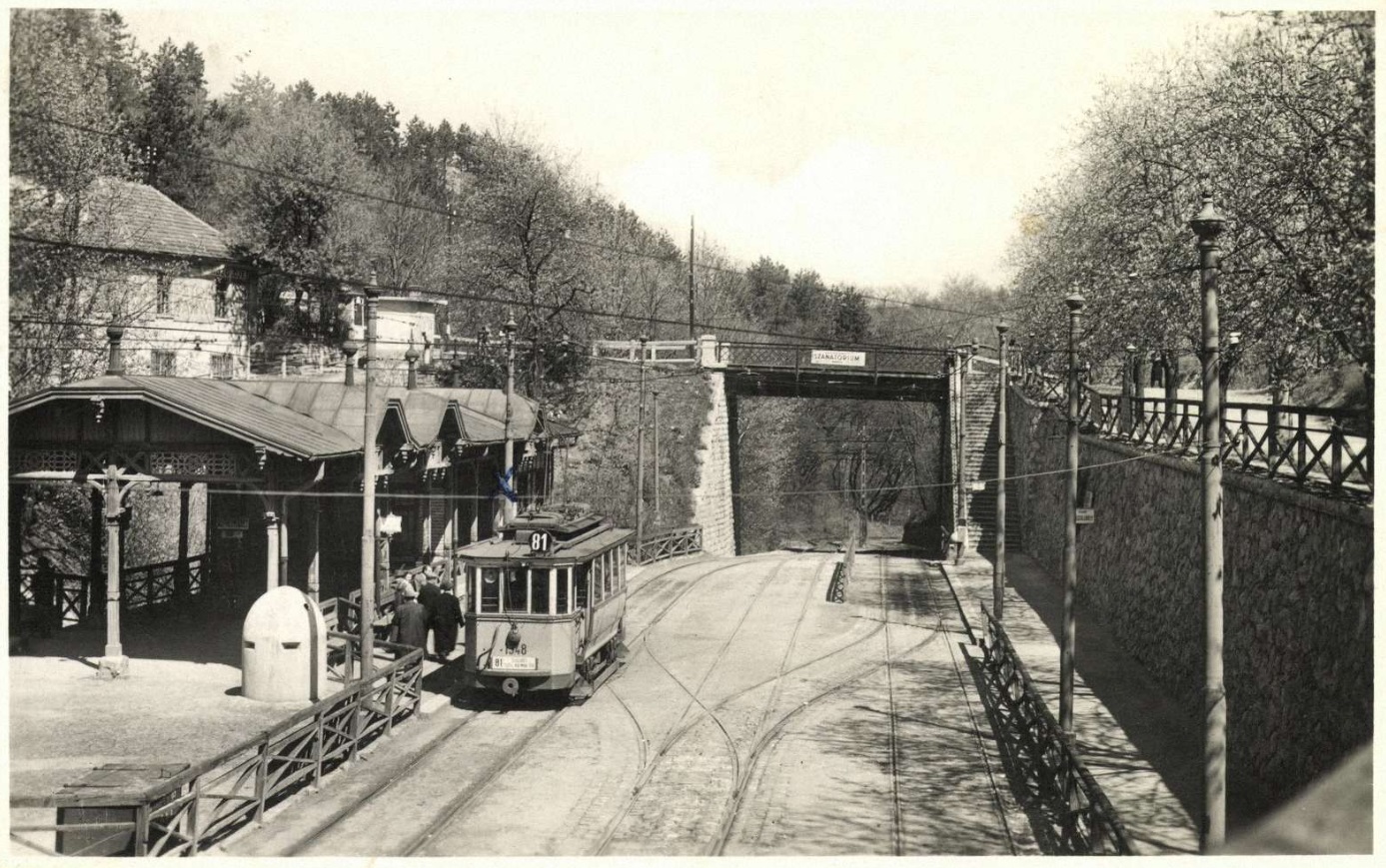 Tram 81 at the terminus in the 1940s (Source: Zempléni Múzeum/ Hungaricana)

Its popularity has not diminished in the slightest since then, and the number of 58-passengers has steadily increased since the launch of the Libegő in 1970. This was further facilitated by the fact that from the end of 1972 the metro ran to Moszkva (today's Széll Kálmán) Square, thus connecting directly to the Zugliget tram. Despite all this, the tracks on the line were quite dilapidated by the 1970s. When the Szilágyi Erzsébet Alley tracks were renovated, the Zugliget track was abandoned, so the tram started from Budagyöngye from 7 July 1975 until the tram line was terminated. Due to track failures, the tram ran on only one track. 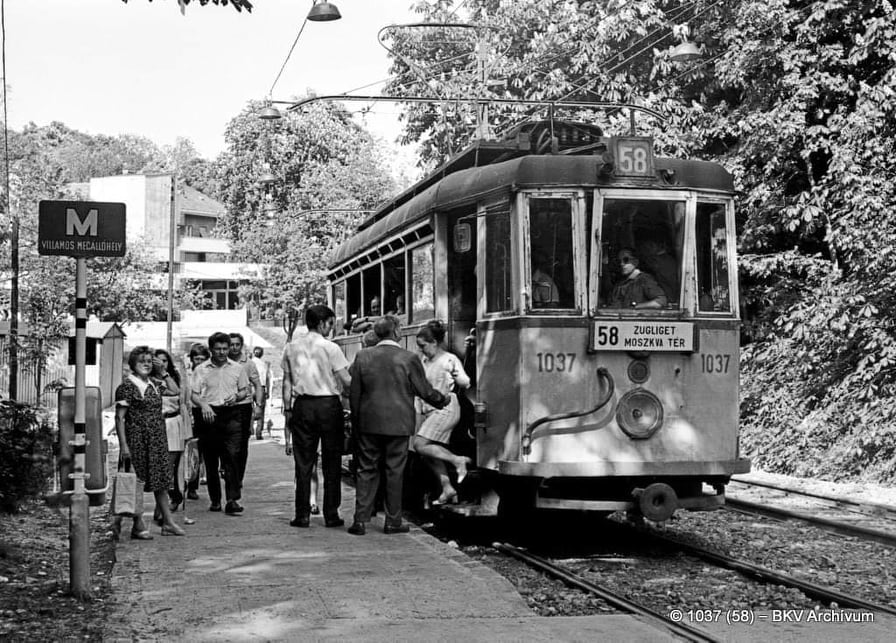 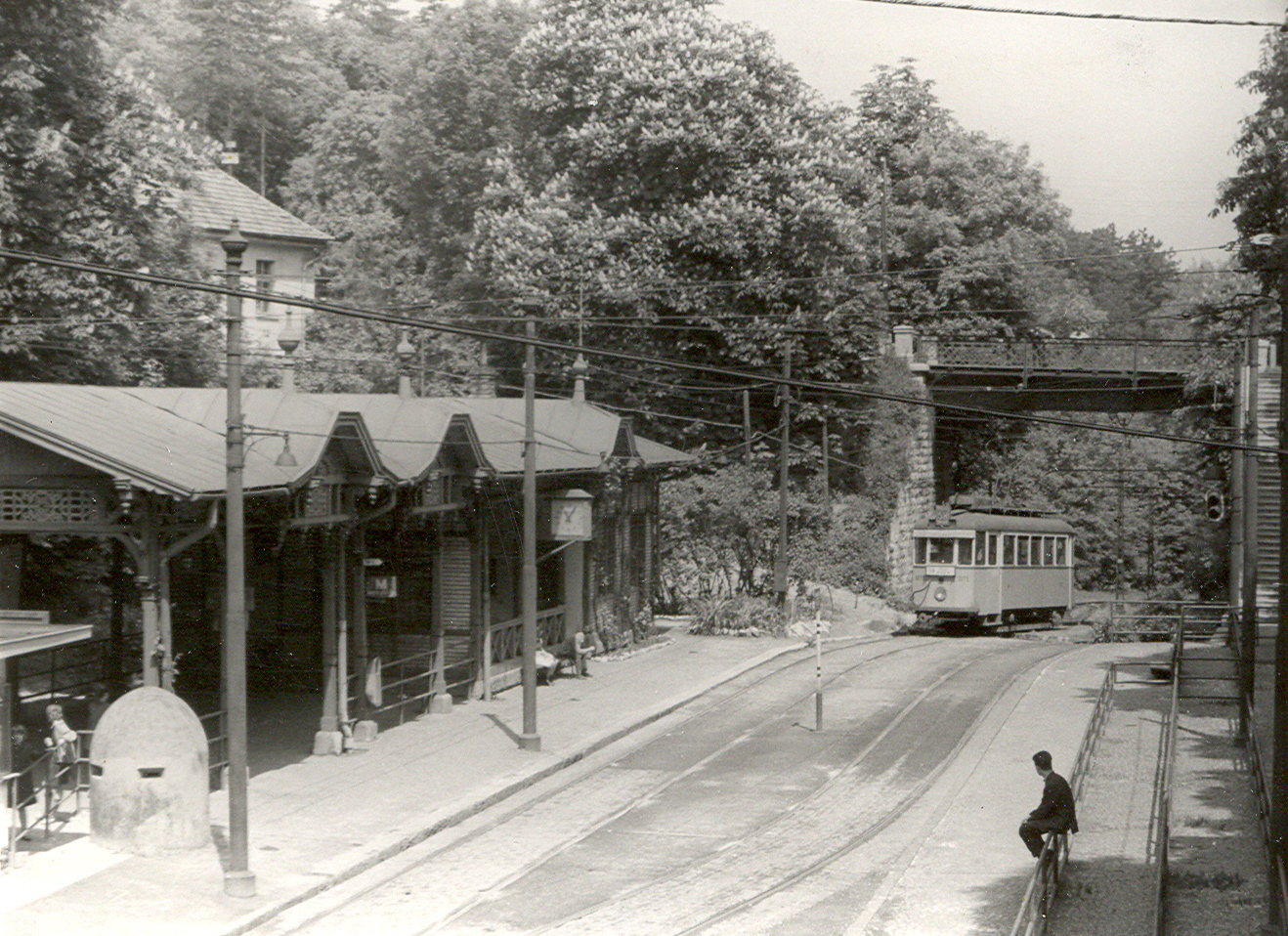 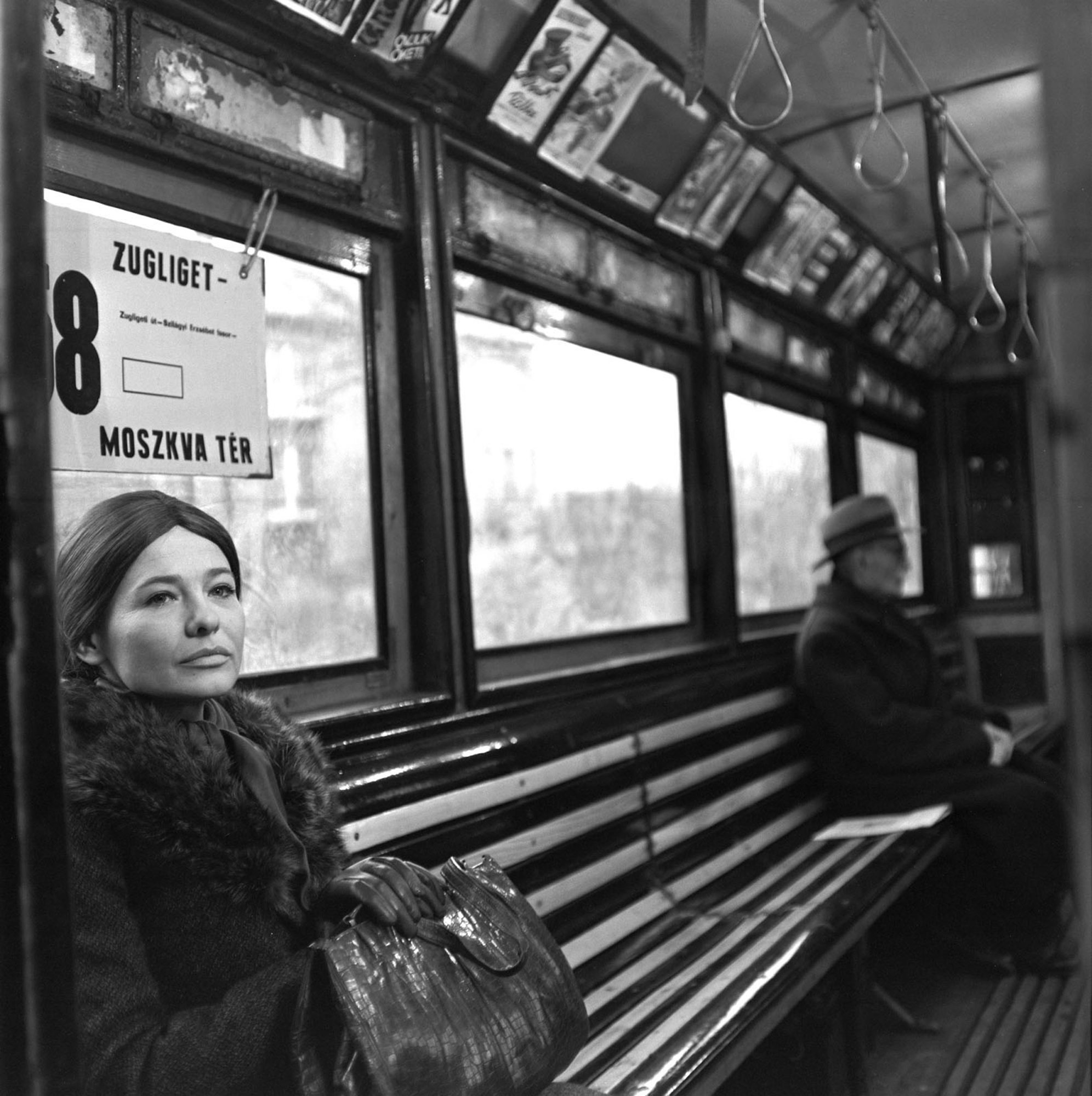 Instead of renovating, a new trolleybus network was planned in Zugliget, so on 16 January 1977, the legendary tram 58 ran for the last time. Initially, a replacement bus was launched under the name 58V, but the amount for the trolley investment was steadily declining, so the replacement bus became permanent, which was finally renamed bus 158 on 3 March 1980, and has been bus 291 since 9 September 2008. 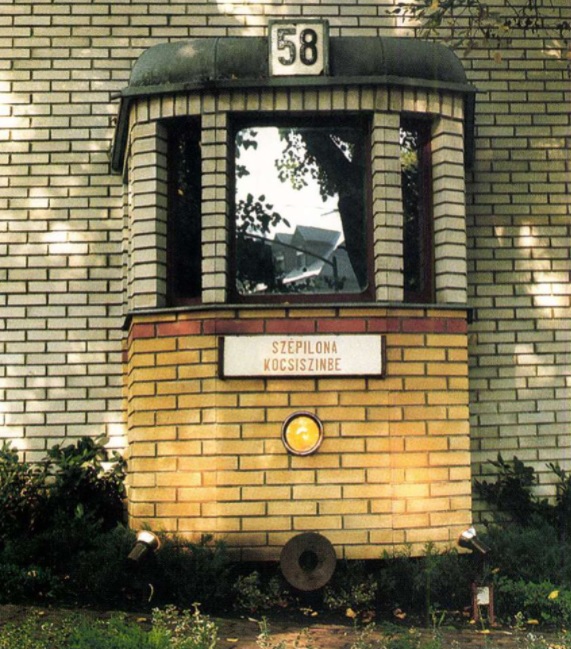 The popularity of the 58 is also shown by the fact that the tram is commemorated in several places, including the Remiz restaurant (Source: Új Magyar Építőművészet, 2000. No. 2).

After the line ceased to exist, the tram terminal was completely dilapidated, and in 1983 two former cars of the legendary type 1000 tram were parked at its feet. In one, there was a buffet at first, and in the other, later, from the mid-1980s, the reception of the Zugligeti Niche Camping. 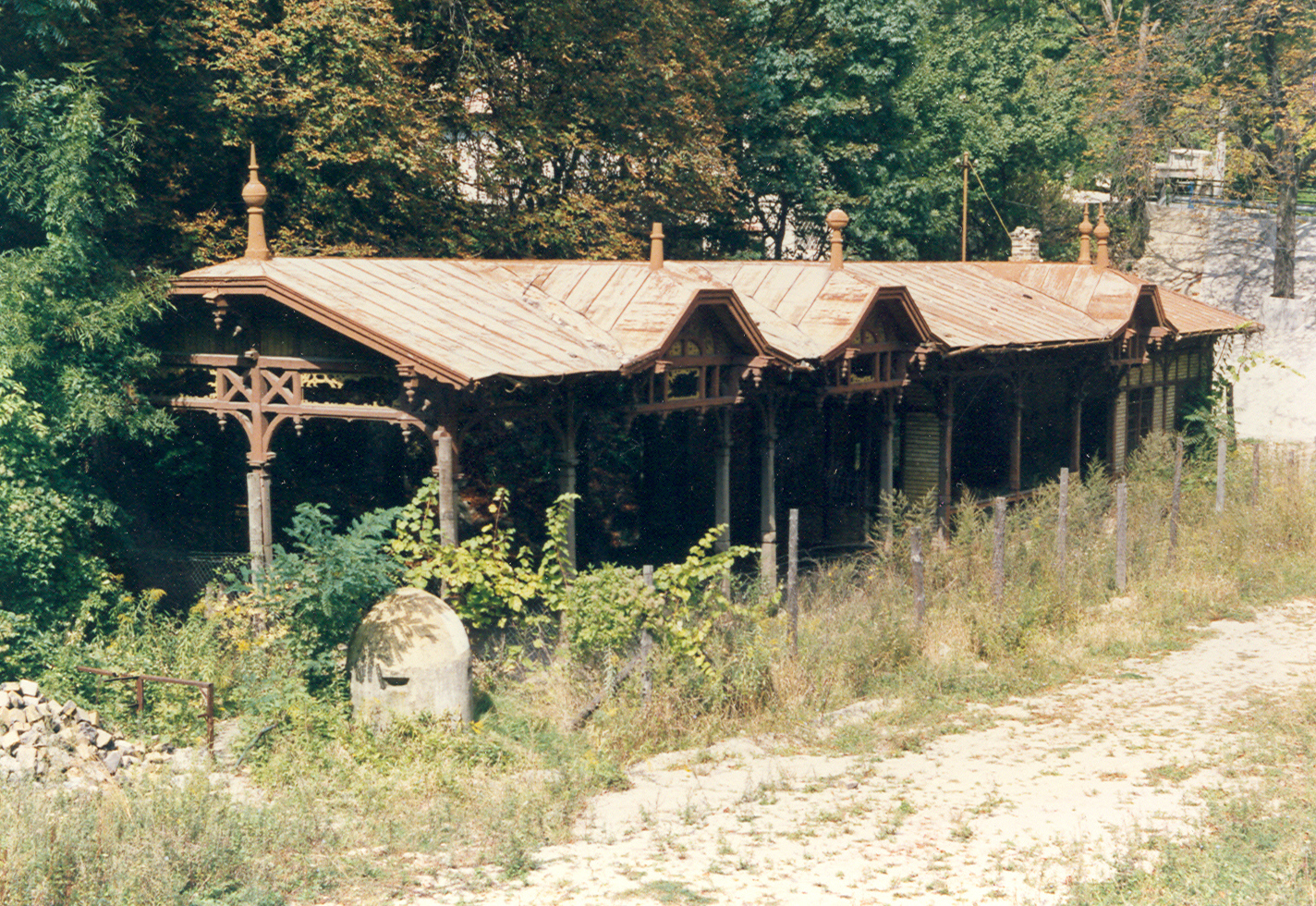 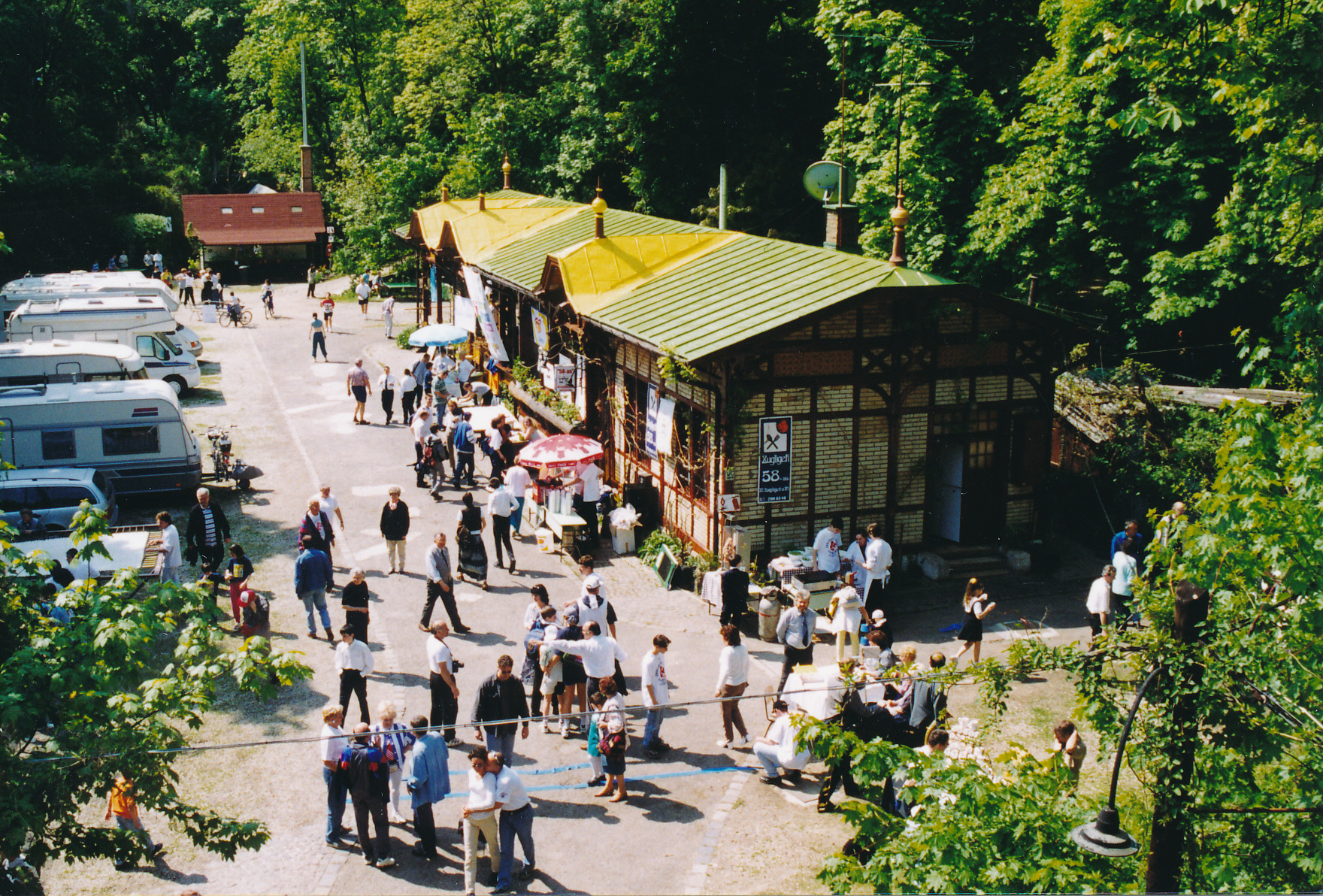 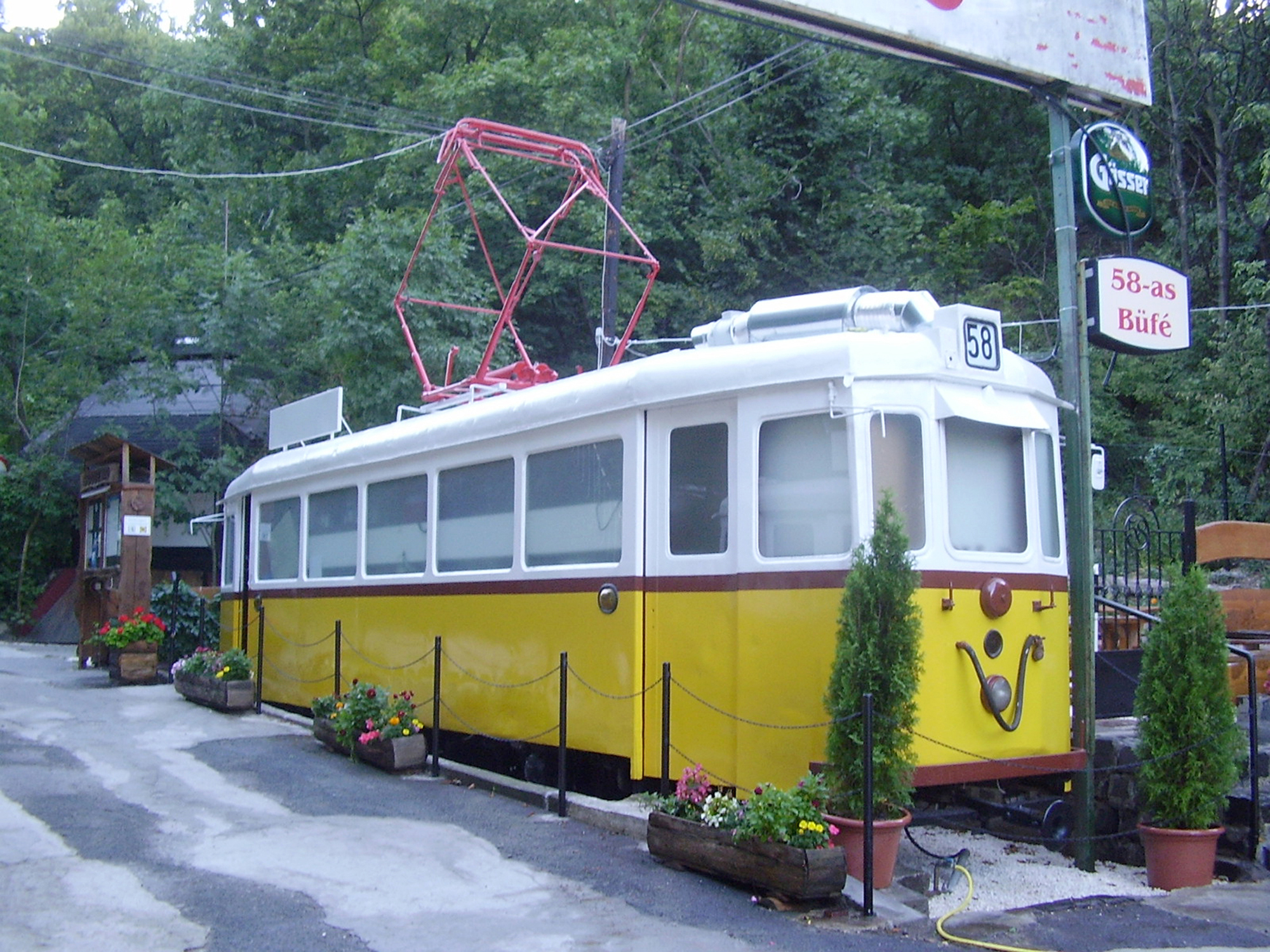 The tram terminal was rescued by a contractor and continued to operate under the name 58-as kisvendéglő [Restaurant 58] until 2021. It was then that it had to leave the property because, as we have already written , the former terminus will be completely renovated under the Normafa Park Program. Even if the tram is no longer expected to run here, it is commendable that both iconic terminals will be saved on the former legendary Zugliget line.