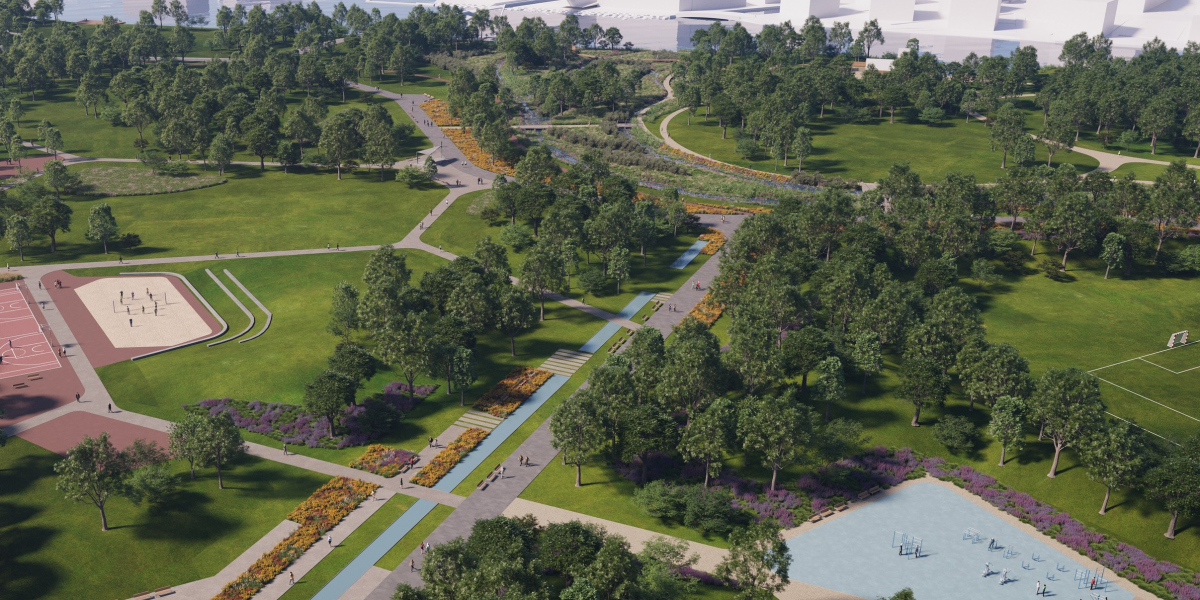 More than three major-sized parks with clearings and large, green recreation areas would be created on the site of a currently neglected, dilapidated area in North Csepel. According to the plans, at least 1,000 trees will be planted in the 36-hectare park, the paved surfaces will be minimized, there will be a communal garden, a small greenhouse, a park area featuring native Hungarian pets, a visitor center and a playground for ages. A boat house and marina are planned for the waterfront. The park in Csepel can be completed by 2025. We show the plans!

A 36-hectare, three-city-large public park would be set up in North Csepel, on the site of a neglected and dilapidated rust area. The park will be characterized by three things: it will be a real place close to nature with innovative green solutions; family-friendly, multifunctional leisure park, where all ages will find a pleasant pastime. In addition to these, it also has good public transport connections - said Balázs Fürjes, the State Secretary of the Prime Minister's Office responsible for the development of Budapest and the metropolitan agglomeration, on the facebook page regarding the concept plan. 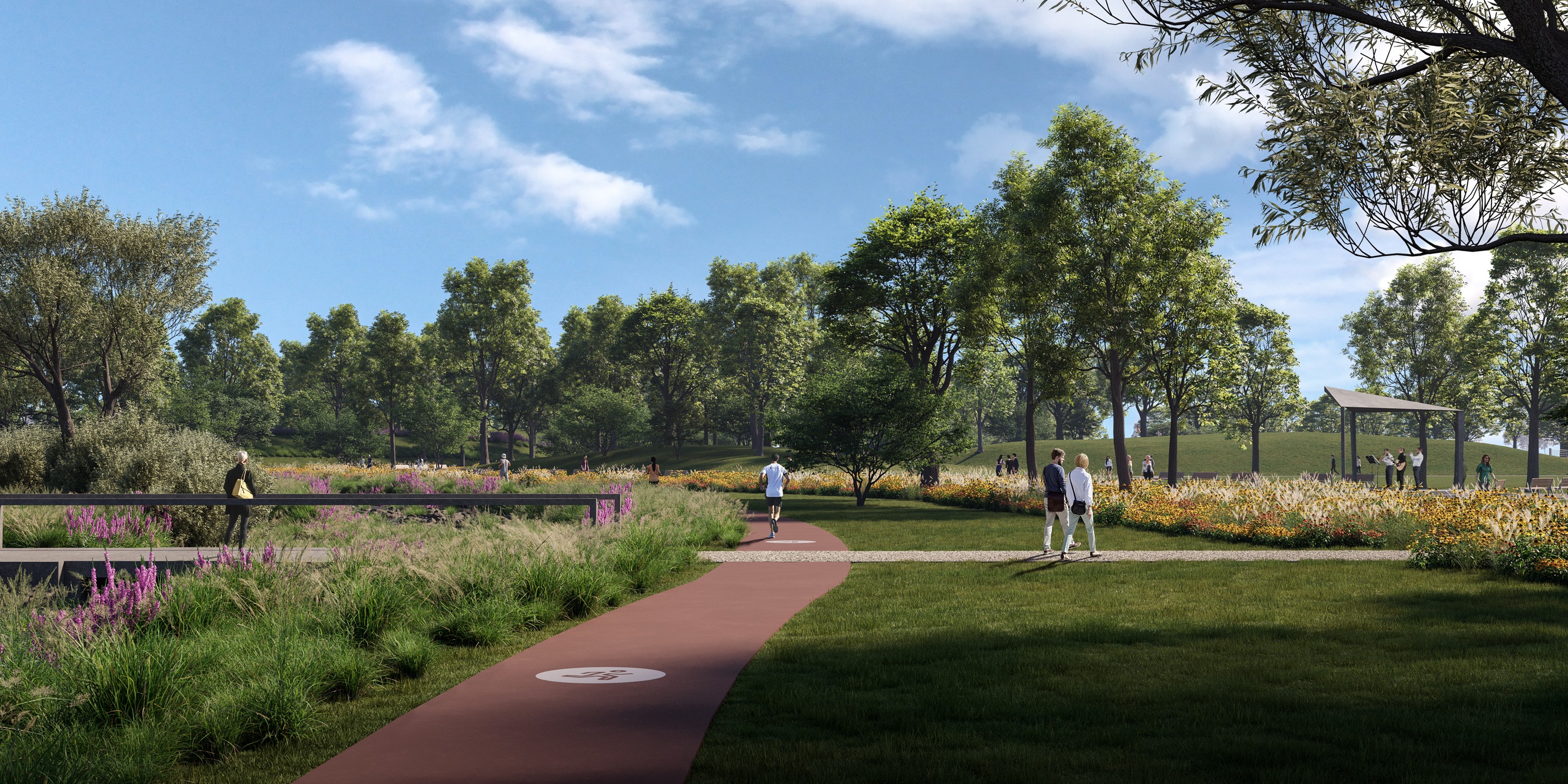 They also worked closely with the Capital and the Csepel Local council in planning the Csepel public park, the Secretary of State said.

The area of Csepel Park is still dilapidated and polluted, with several industrial halls and ruined buildings in the northern tip. The goal is to create a real green island on the site of the industrial and agricultural areas, where there will also be clearings and large rest areas.

The secretary of state explained that they did not want to crowd the park with sports fields and concrete buildings. He pointed out that there are not many parks in Budapest that have a direct connection with the Danube, the Csepel public park will be special in this as well. 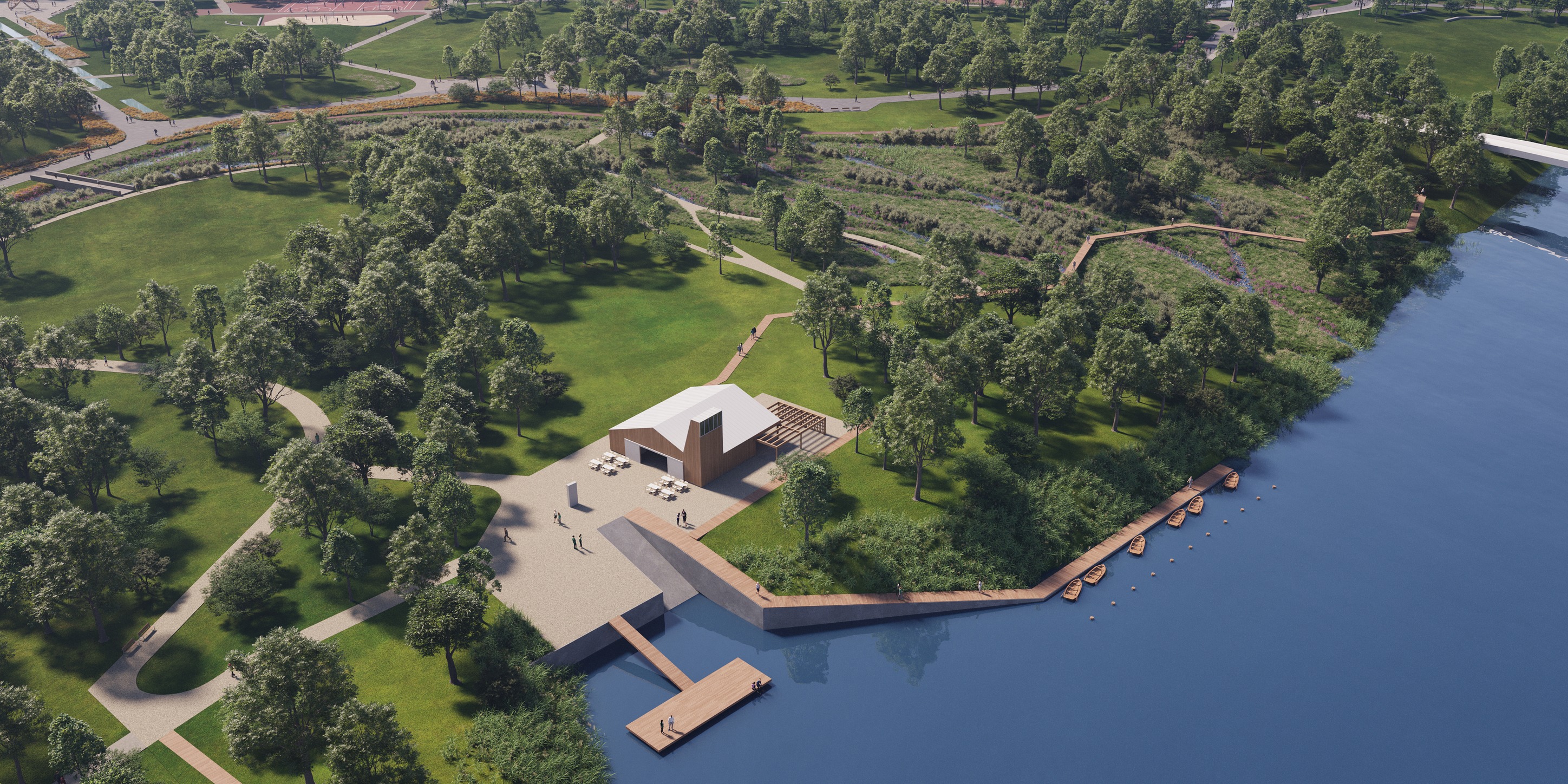 During the landscaping, the valuable and native gallery forest on the river bank is preserved. More than a thousand new trees will be planted, there will be a community garden, a small greenhouse, but also a visitor center, and playgrounds for a variety of ages. A boathouse and a marina would also be erected on the waterfront, which could further strengthen the connection with the water, he listed.

In the community garden, people living in Csepel will be able to learn the basics of gardening and grow peppers and tomatoes. And the children can get acquainted with the native pets, hens, ducks and rabbits. 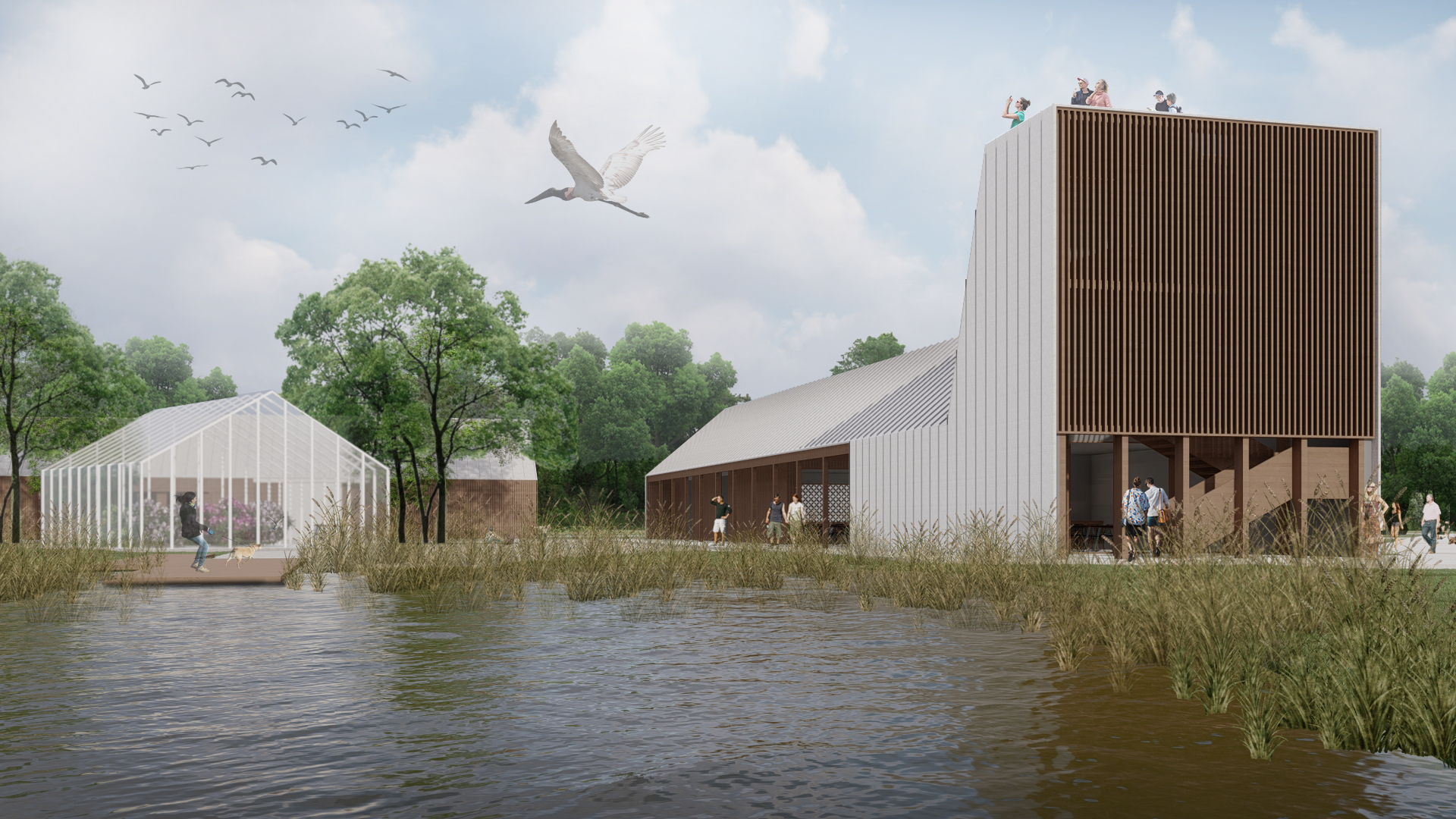 There will also be a greenhouse in the park (Source: Balázs Fürjes / Facebook.com)

Overall, a smart park is planned with a visitor center, a cozy community space where people will be able to try water sports and extreme sports. There are also two dog theme parks and two themed playgrounds.

Due to the good public transport, the park will be accessible from almost all directions, by almost any means of transport, heat, tram, bus, car and bicycle, Fürjes pointed out. 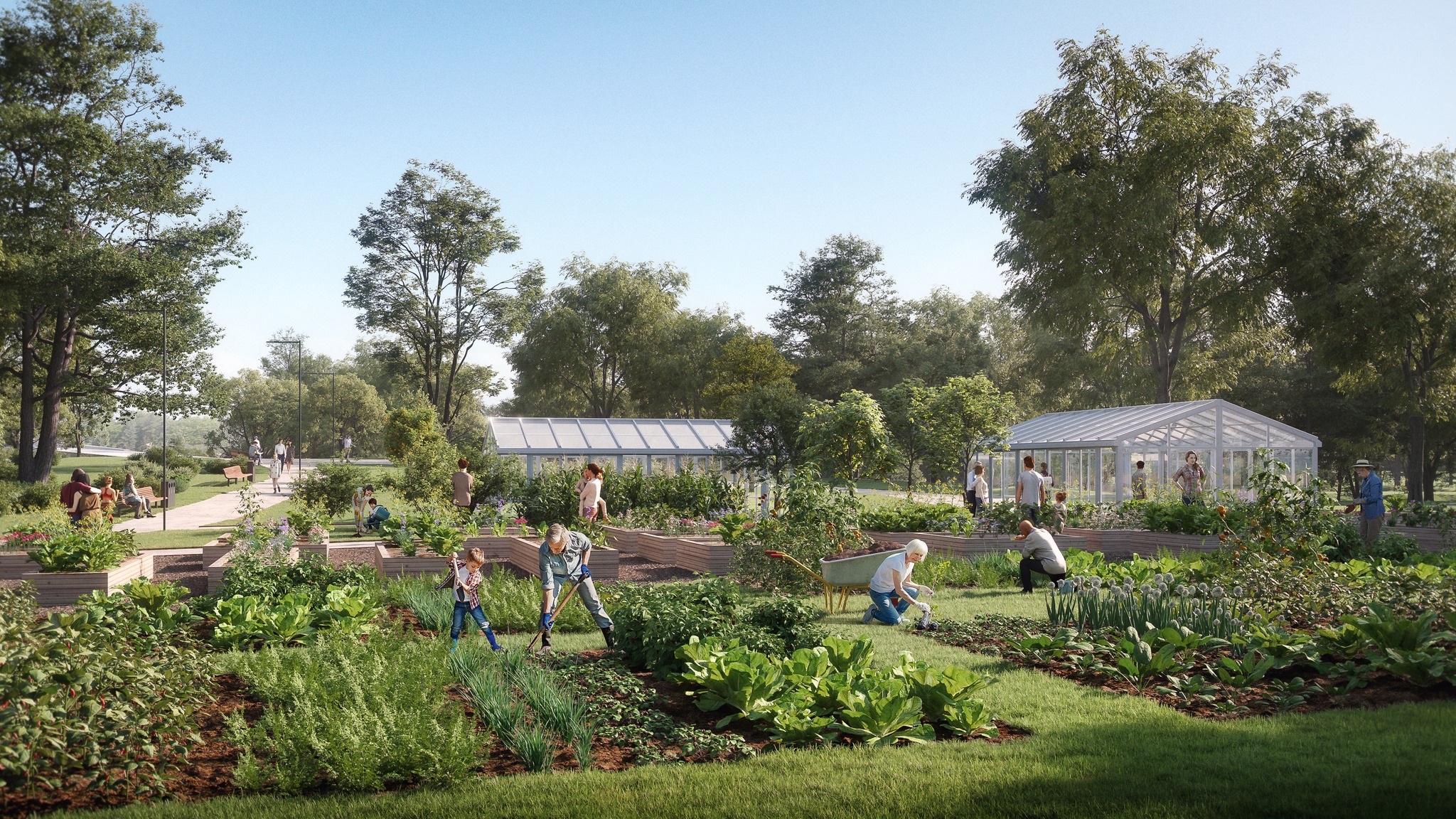 In the community garden you can learn the basics of gardening (Source: Balázs Fürjes / Facebook)

Dávid Vitézy, CEO of the Budapest Development Center, announced at a conference about the park that will take place in the spring of 2023. The government will be in a position to decide on the start of construction and the acquisition of land. The “first visible, enjoyable” version of the park may be ready by 2025, but it will take many years to become a full-fledged park with increased vegetation. 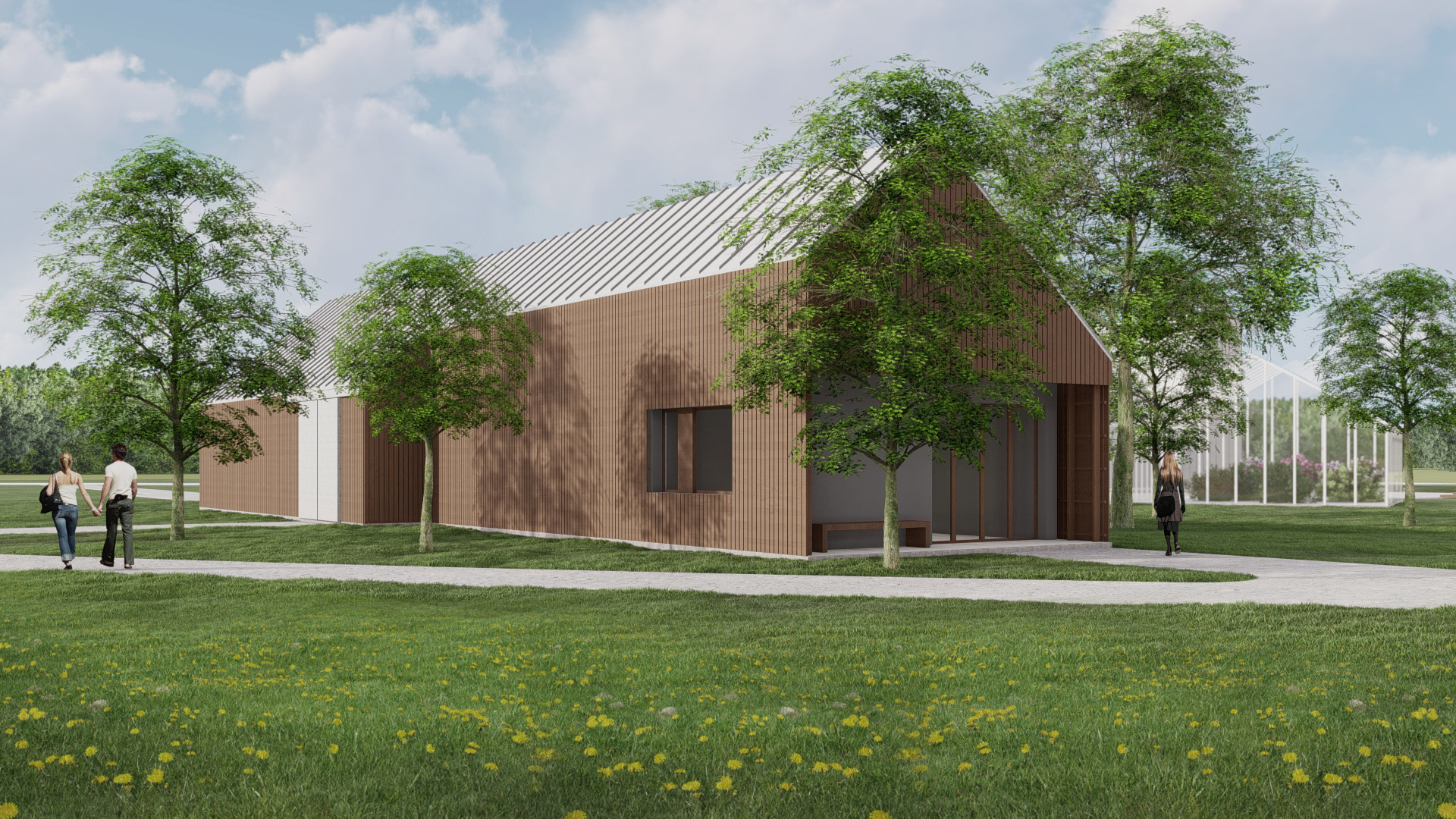 The visitor center is also part of the concept (Source: Balázs Fürjes / Facebook)

Cover photo: The North Csepel public park will have a direct connection with the Danube and nature (Source: Balázs Fürjes / Facebook)