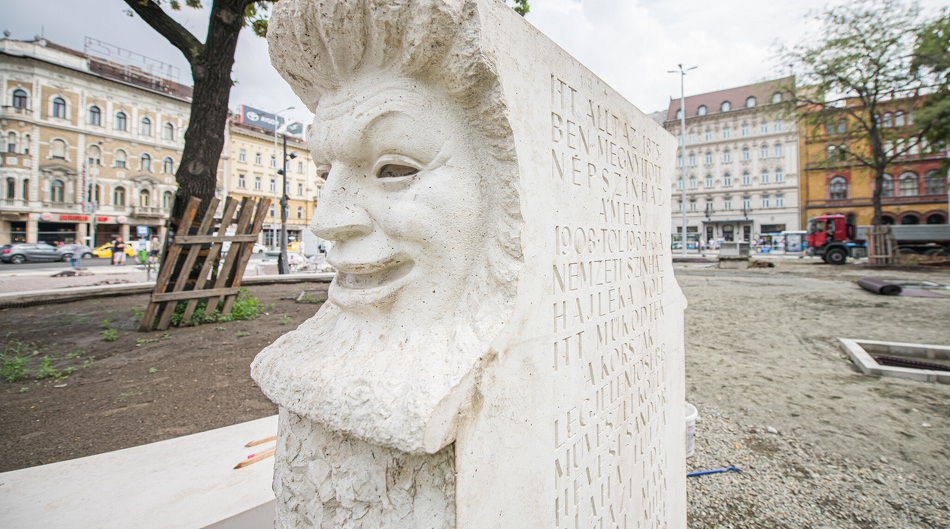 On 22 August, one of the symbolic elements of Blaha Lujza square, the 50-year-old theater commemorative stone, was put in its place. Thanks to the work of the restorer, it returned to the renovated square, beautified, Budapest Transport Center (BKK) announced.

The BKK reminded him: the monument marking the site of the former National Theater was inaugurated in December 1973, exactly 100 years after the foundation stone of the Folk Theater was laid. Last autumn, the monument awaiting renovation was transported to a restoration workshop, where a significant part of the dirt was removed, the stone surface was treated with a special fungicide and algaecide, and finally the hard-to-reach places were cleaned with a sander equipped with a speed control and diamond milling head. 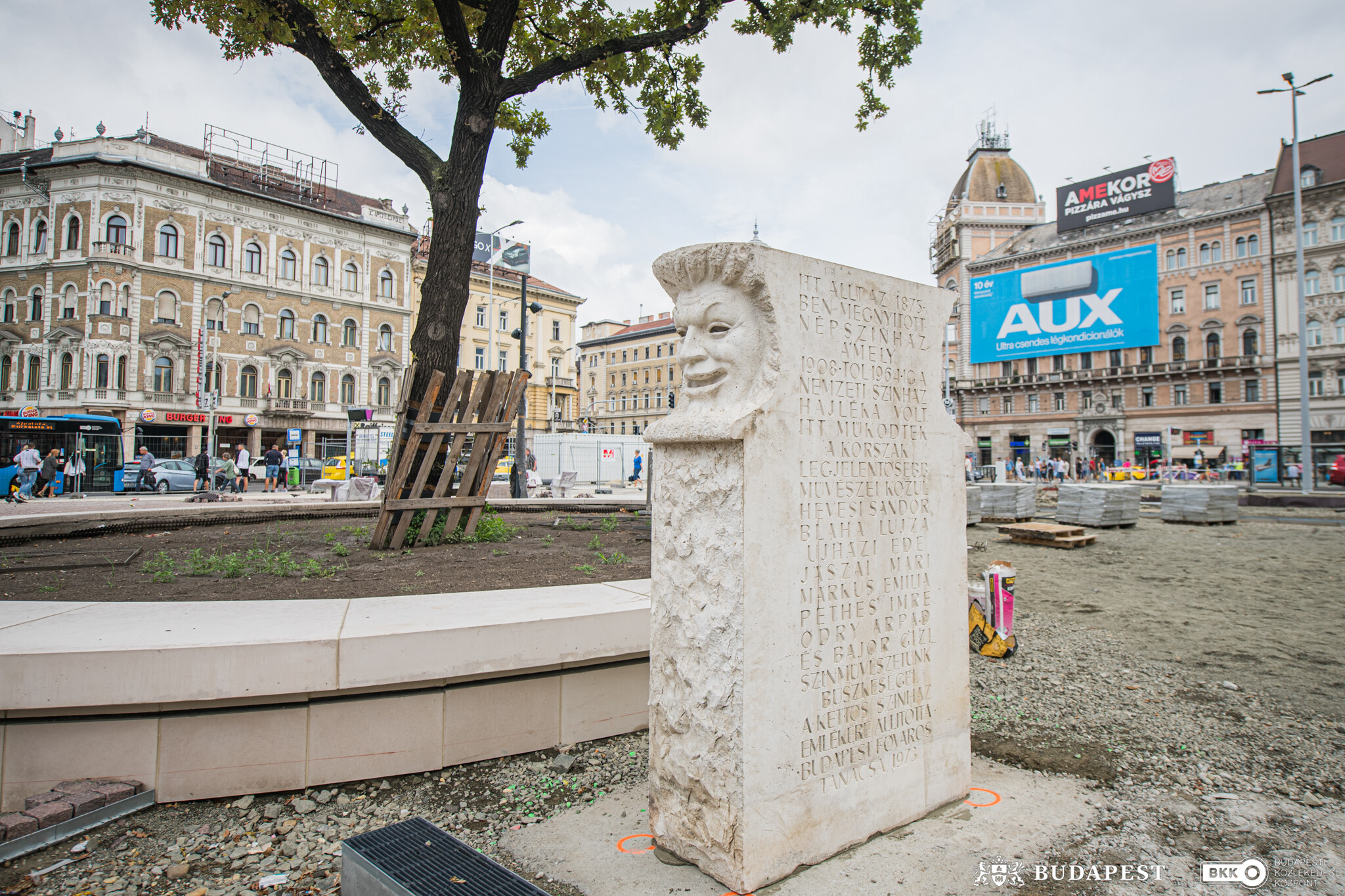 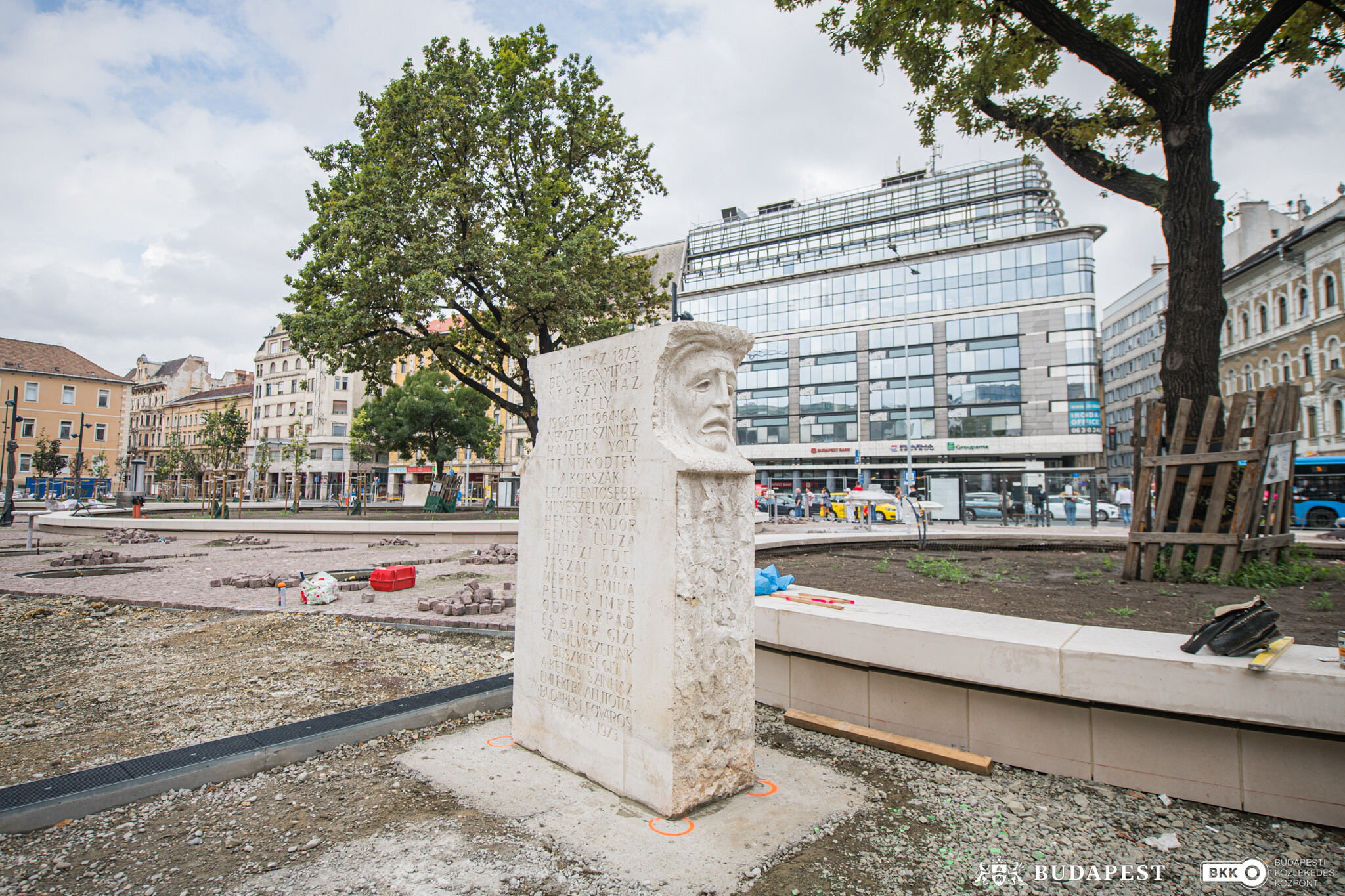 The monument marking the site of the former National Theater, which was inaugurated in December 1973 on Blaha Lujza Square, has been restored (Photo: Budapest Transport Center)

Placement of outdoor furniture has begun on Blaha Lujza Square, which is under renovation. The construction of curbs and sidewalks in Béla Somogyi Street has also been completed, and the construction of the cobblestone paving of the parking lots is in progress. The complete renovation of the street is expected to be completed this year, together with the renovation of Blaha Lujza square, the Budapest Transport Center announced.