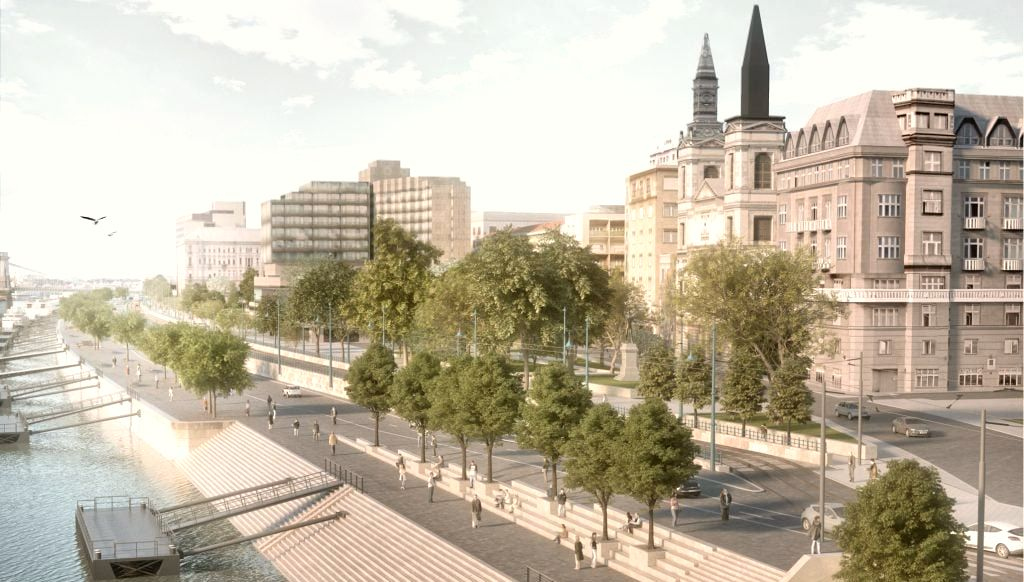 An agreement detailing the renovation of the Pest Embankment has been signed by representatives of the Government and the capital. According to the plans, a new promenade and green areas will be created from Kossuth Lajos Square to the Bálna, the roundabout on Széchenyi Square will be removed, the tracks of tram line 2 and Közraktár Street will also be renewed.

As previously reported, according to an agreement reached on 18 March, the Government will take over and finance three capital development projects. The Pest Embankment will be renewed. The southern extension of the Buda tram network will be completed. The Kelenföld bus station will be completely renovated and a 1,500-space P+R car park built. 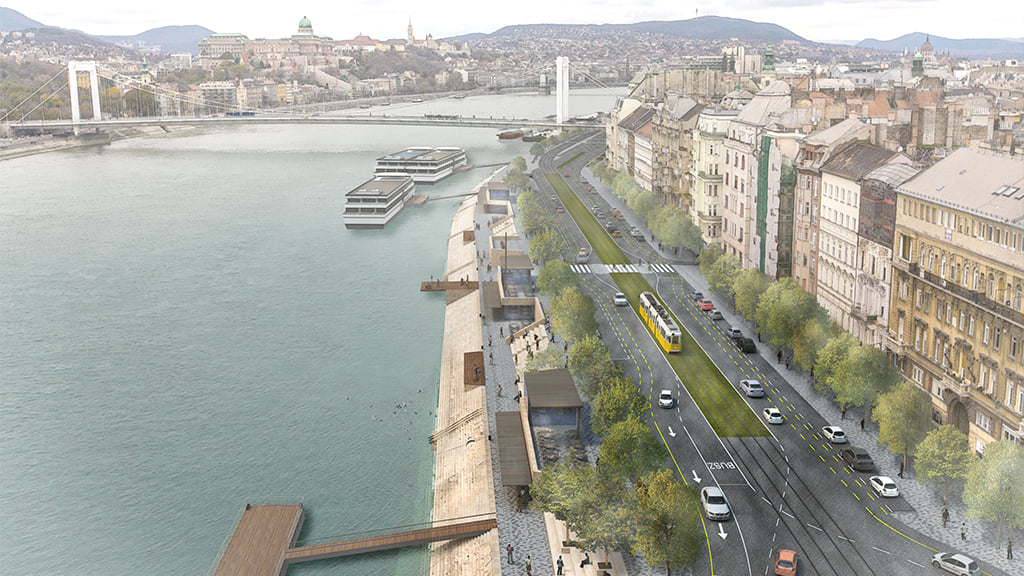 According to the decision, the development of embankments will include the following elements:

1. Creation of a new promenade, new public spaces, new green areas on the lower Embankment of Pest from Kossuth Lajos Square to the Bálna, following a previous design tender and the previously completed plans. The work will be carried out in several phases, starting after the embankment water pipe project, starting now and being financed by the capital. 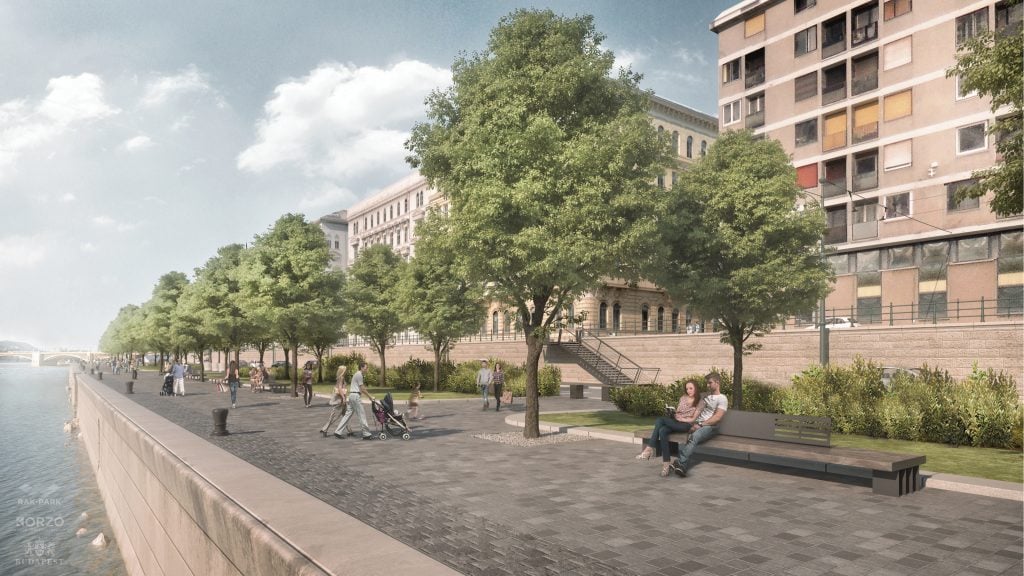 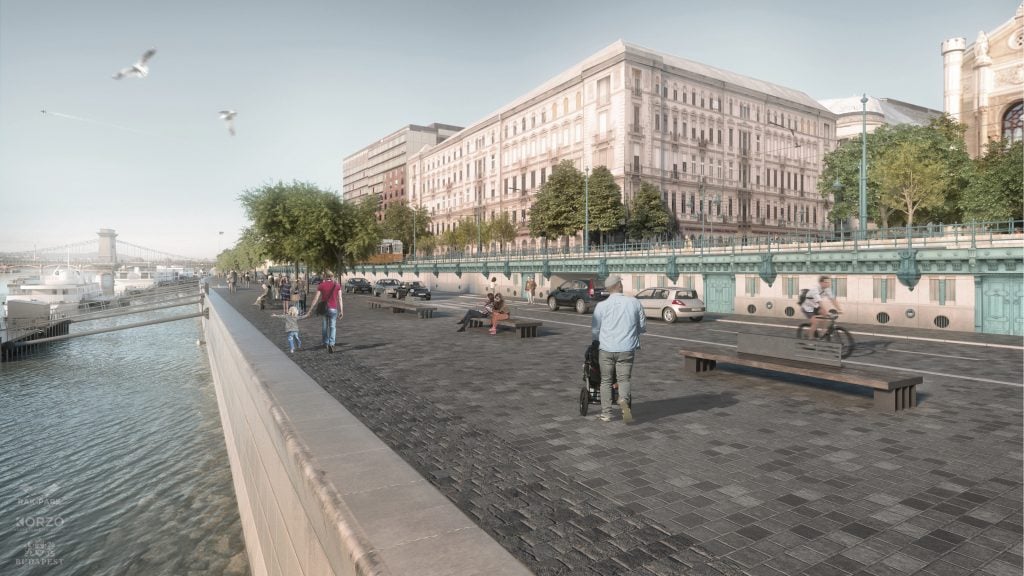 2. The Pest bridgehead of Chain Bridge, Széchenyi István Square, will also be renewed. The roundabout will be removed, and a new public space in front of the Hungarian Academy of Sciences will replace cars. Road traffic between Lánchíd and József Attila Street will flow in both directions on the south side of the square. The concept for Széchenyi István Square was born in the design competition, but the detailed planning will only begin now. 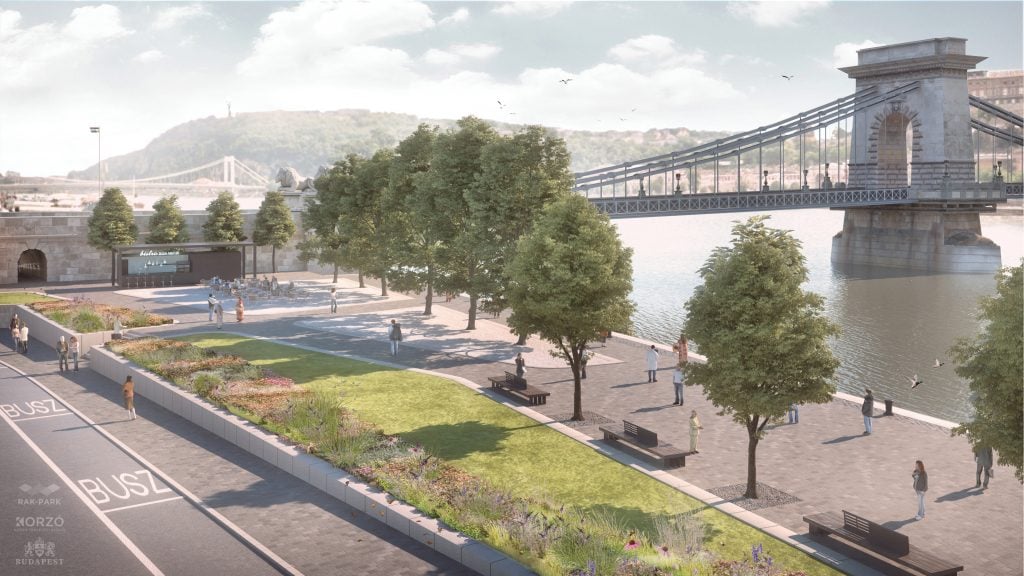 The roundabout on Széchenyi István Square will disappear, the cars will be replaced by a new square (Source: Facebook/Dávid Vitézy)

3. On the Begrád Embankment section: the tramway of tramline 2 will be renewed, road traffic of the lower and upper quays will be merged, and a symmetrical, new road layout will be created, with the tracks in the middle.

4. Közraktár Street will be renovated according to the previous plans of BKK (made in 2013-14), with directional bicycle lanes, thus relieving the promenade in front of the Bálna and Nehru Shore of bicycle traffic. 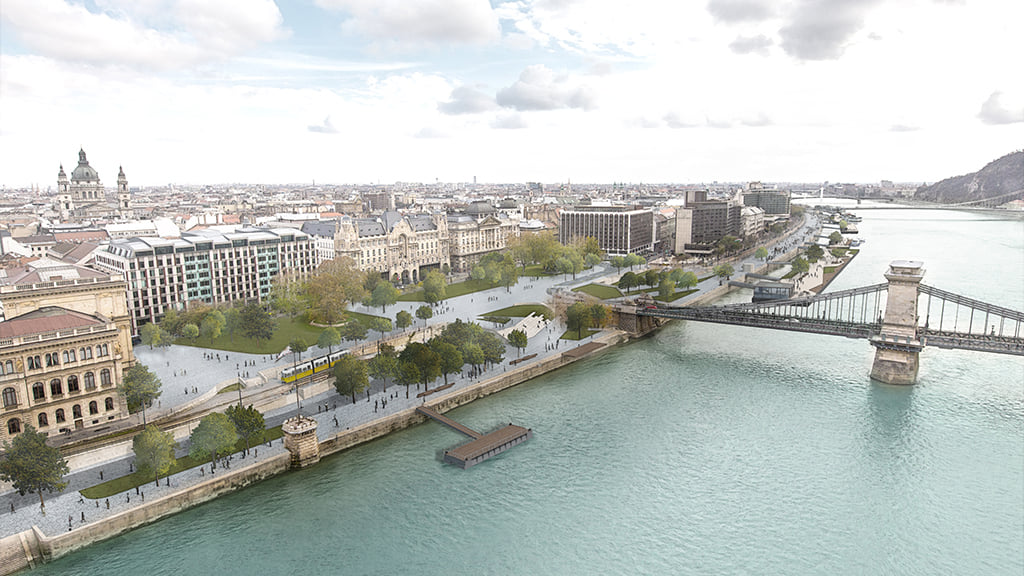 The work will be carried out in several phases (Source: Facebook/Dávid Vitézy)

5. South of Közraktár Street, the embankment promenade will connect to the development of the H6 and H7 suburban railway lines. Boráros Square will be friendlier and greener with the redesign of the Boráros suburban railway station.

As the tracks of the suburban railway are moved underground, the promenade will run to the Palace of the Arts on the riverbank. From there, they will connect to the new park to built near the Athletics Centre. All elements are being planned.