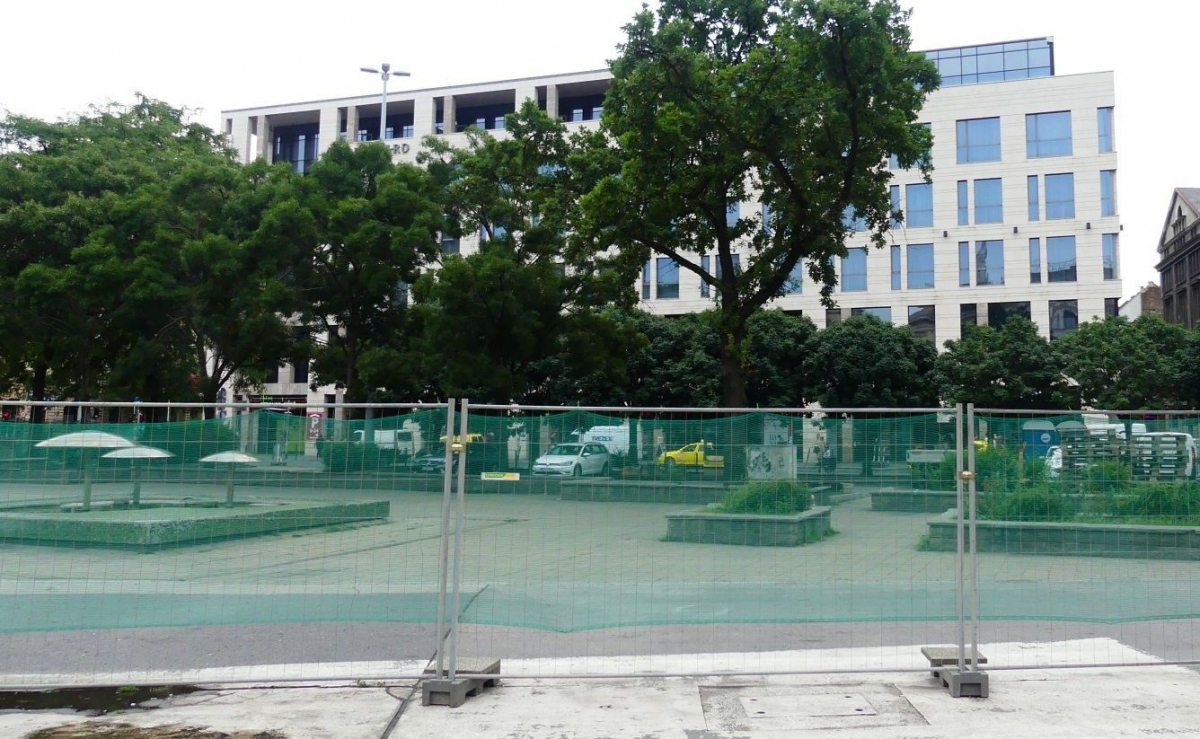 The renovation of one of the busiest public areas in Budapest, Blaha Lujza Square, has started, and the works are expected to last until the end of next year. They increase the green space in the square and increase the accessibility of public transport and built environment.

Today, the renovation of Blaha Lujza Square has started, the iconic square named after the “nightingale of the nation” in the investment of the Budapest City Council, and with the professional support of the 7th and 8th district local councils will be renewed in a year and a half - writes the Budapest Transport Center (BKK) on its website.

During the renovation, in the first phase, the insulation of the underpass slab will be replaced, so traffic restrictions will be expected on the Outer Ring Road The junction will be completely accessible and the traffic order of the roads delimiting the space will also change. Following the reconstruction of the square, drivers will be able to turn right directly onto the fully two-way Márkus Emília Street and József Boulevard from Rákóczi Road. 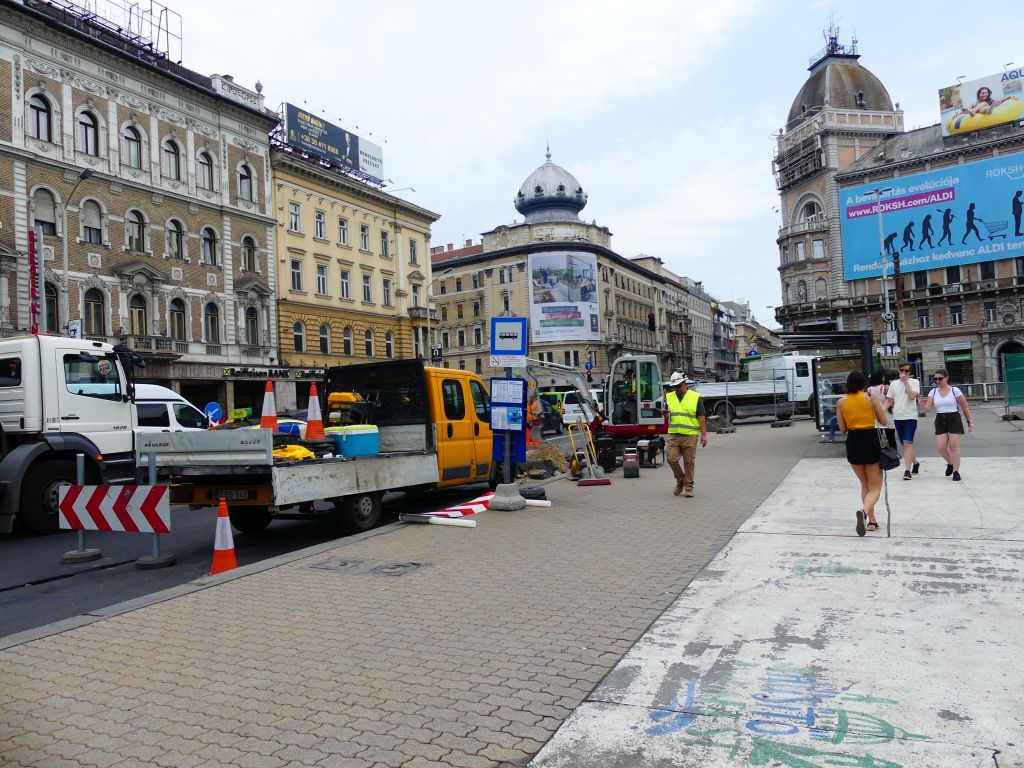 They are already working on the renovation of Blaha Lujza Square, in the first phase they will replace the insulation of the underpass slab (Photo: pestbuda.hu)

After that, work will continue on the square, where roughly a thousand square meters of green space will be created and 70 trees will be planted. Meanwhile, the existing trees in the square are preserved, including the two aged oaks that were transplanted to the square from Tabán in 1969, already in their old condition.

Referring to the former National Theater on the square, the Theater Memorial is being restored. The iconic element of the square, the Mushroom Fountain, which has been operating since the 1960s, will also be renewed, and in a slightly changed form, it will be closer to the bus stop. They also create another fountain. Pedestrian areas will also be established in the existing car parks. 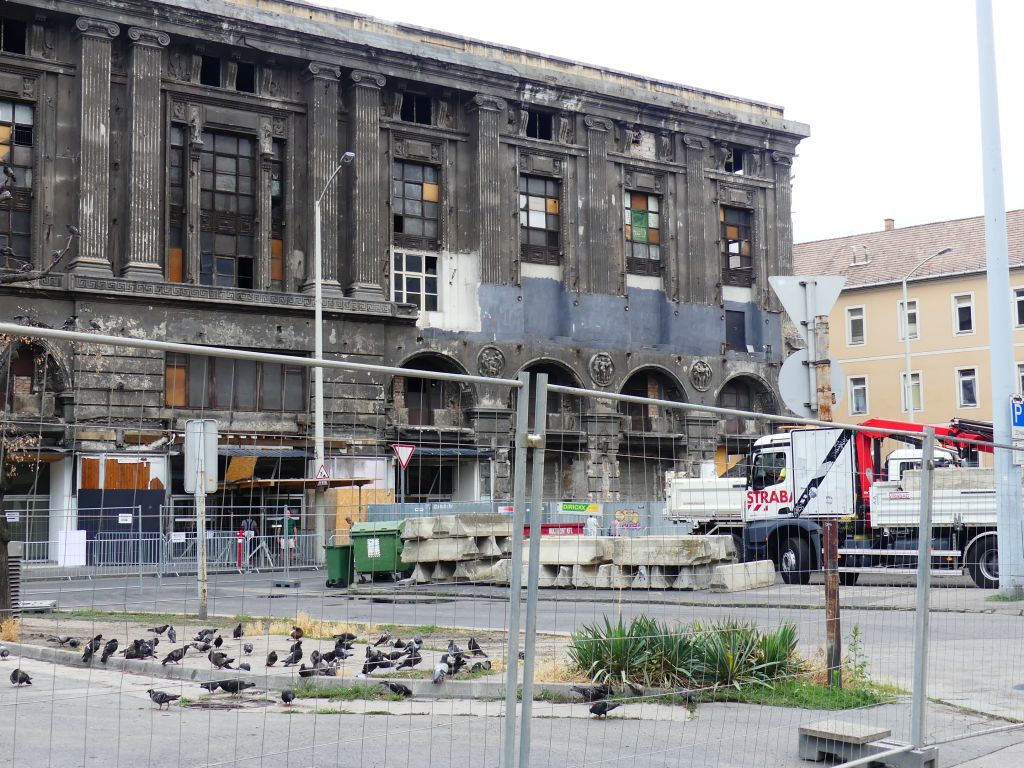 Simultaneously with the renovation, the owner of the Corvin Department Store will transform the building in a private investment, and the facade of the monument will be partially renovated with state support (Photo: pestbuda.hu)

We have written about the history of the square before, we also presented in detail the former beauties of the Corvin Department Store [Ed.: only on the Hungarian version of the site].