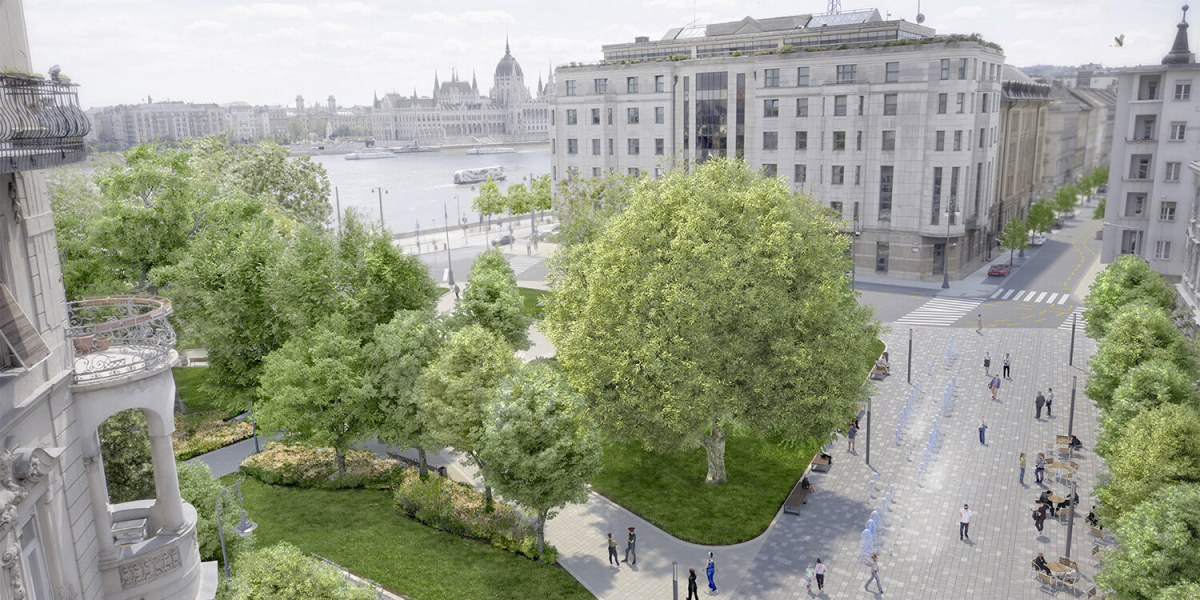 Alteration of the embankments can begin next summer

Representatives of BKK Centre for Budapest Transport and design companies have signed a contract, according to which they will prepare construction plans for the makeover of the inner city Danube Bank. The renovation can start next summer - according to the BKK website.

On the Buda side, the Danube-Buda program aims to increase the pedestrian area of the upper embankments and the associated public areas, to develop the green areas, as well as to rationalise traffic areas, reduce traffic and improve the north-south bicycle connections. The transformation will affect the Elvis Presley Park which belongs to the Felhévíz part of the city and is neighbouring the Margit Bridge, and the Germanus Gyula Park, Bem József Square, Fő Street and the pertaining squares.

The capital issued a design tender in 2017, in which it expected proposals for the redevelopment of the affected stretch of coastline and related public areas. First place was won by the project of Korzó Design Studio in the architectural design competition in 2018.

This year's spring, BKK selected the companies preparing the construction plans via public procurement application, and signed contracts with Közlekedés Tervező Iroda Kft., Város-Teampannon Kft., and MG Építész Kft. According to BKK, the renovation can start next summer.

Work on the Pest and Buda side embankments can begin next summer (Source: BKK Centre for Budapest Transport).

The alteration will also affect the Pest side embankments. According to plans, community sports facilities, street furniture, bicycle and walking routes will be established under the Rak-Park program here. Once the plans are ready and approved, work can begin here in the summer of 2022 as well.