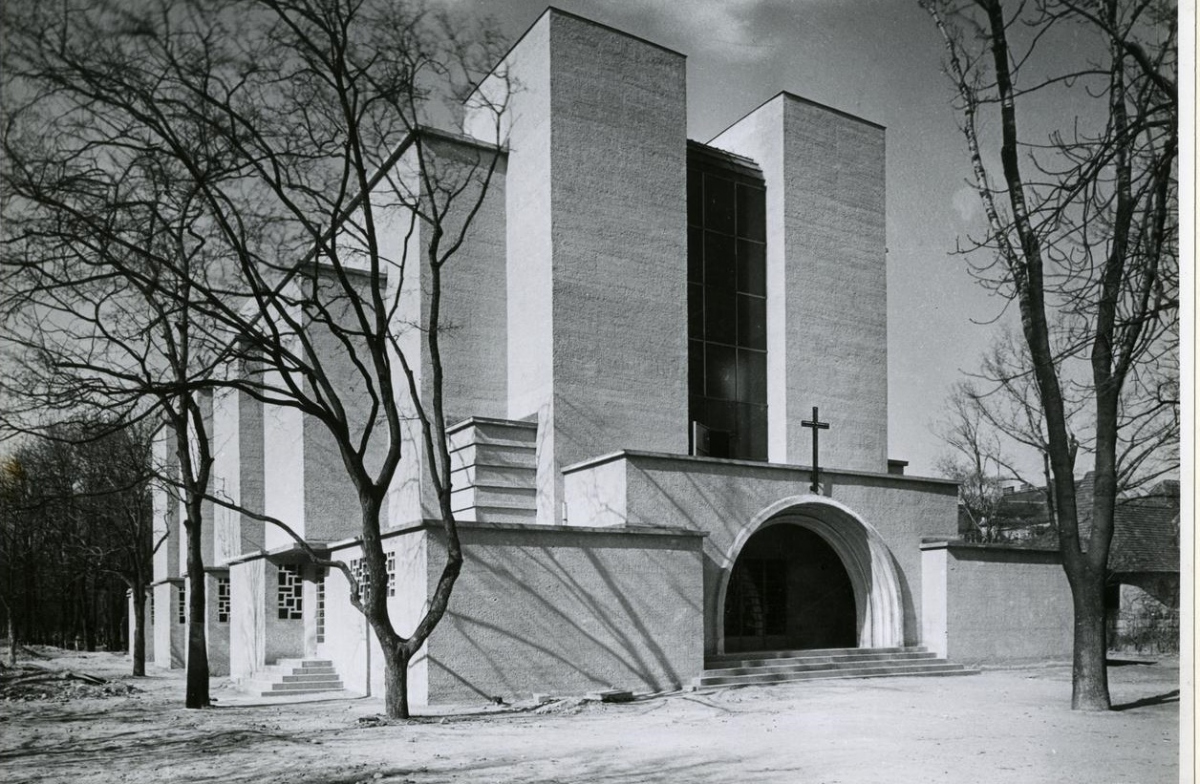 Bertalan Árkay, who died fifty years ago, was a master of modern architecture

Bertalan Árkay was undoubtedly one of the excellences of modern Hungarian architecture. He made one of his most emblematic works, the Városmajor Heart of Jesus Parish Church, with his father, Aladár Árkay, but he also made his mark in modern villa architecture between the two world wars.

Bertalan Árkay (1901–1971), who was born one hundred and twenty years ago and died fifty years ago, was the youngest member of a versatile architectural dynasty. His grandfather, Sándor Árkay, was the first imperial and royal artisan metal worker, he made the wrought iron gates of several buildings from Nádor Street to Andrássy Avenue, he worked on the iron ornaments of Nyugati Railway Station, Erzsébet Bridge and New York palace. The wrought-iron decorations of the Parliamentary Library and the military headquarters of Dísz Square are also his works. His maternal grandfather was Mór Kallina, one of the greatest representatives of Hungarian Neo-Renaissance architecture, who designed the National Gymnasium, the palace of the Ministry of Defense and the Headquarters of the Hungarian Defence Forces, and the Lutheran Church in Bécsi Kapu Square in Buda Castle.

One of the best-known and most acclaimed architects of the dynasty was Aladár Árkay, the father of Bertalan, whose works include masterpieces such as the Budai Vigadó with Mór Kallina, the Babocsay Villa (now the Serbian Embassy) on the corner of Andrássy Avenue and Heroes Square, and the Fasori Reformed Church. The father fully supported his son's architectural aspirations, Bertalan got his architect's degree in 1925 at Budapesti József Nádor Műegyetem, and he worked in his fathers office from the next year.

A year later he embarked on a study trip abroad, becoming a fellow of the Académie des Beaux-Arts in Paris and a fellow in the office of architect Thier in Paris. Subsequently, he continued his education at P. Behrens' School of Architecture in Vienna and then in Rome. After returning home, he continued his career with his father. In 1930, the father and son were now rewarded together: they took first place with the plan to build Erzsébet Avenue.

Between the two world wars, Bertalan Árkay designed several tenement houses and villas, and was one of the busiest family house architects of the age. Several of his early villas can still be seen in the 1st, 2nd, 11th, 12th District. He switched from the Art Deco style in the mid-1930s to flat-roofed, Bauhaus-style buildings with strip windows. Among his residential houses we can find the villas at 15 Virágárok Street, 32 Branyiszkó Road, 25 Lepke Street (in the 2nd District) and 6 Somlói alley (in the 11th District). The studio house under 2/C Alma Street in the Hegyvidék was also built according to the plan of Bertalan Árkay.

One of the iconic residential houses of Bertalan Árkay was built in 1933 at 25 Lepke Street (Photo: hegyvidek.hu)

Undoubtedly his best-known work, created jointly with his father, is the Városmajor Heart of Jesus Parish Church. The first modern church in the capital was built between 1931 and 1932, the ideas of both father and son can be recognised on it, but it also shows the influence of the Bauhaus and the Italian novecento. The consecration of the three-nave church could not be experienced by the father as he deceased, and his son took control of the work.

Bertalan Árkay designed the Hungarian exhibition spaces of the International Exhibition of Ecclesiastical Art in Rome in 1934 and of the Milan Triennial in 1936. After that, in 1937, he renewed the Hungarian pavilion of the Venice Biennale. The architect, meanwhile, was also considered a painter, taking part in serious exhibitions at home and abroad. 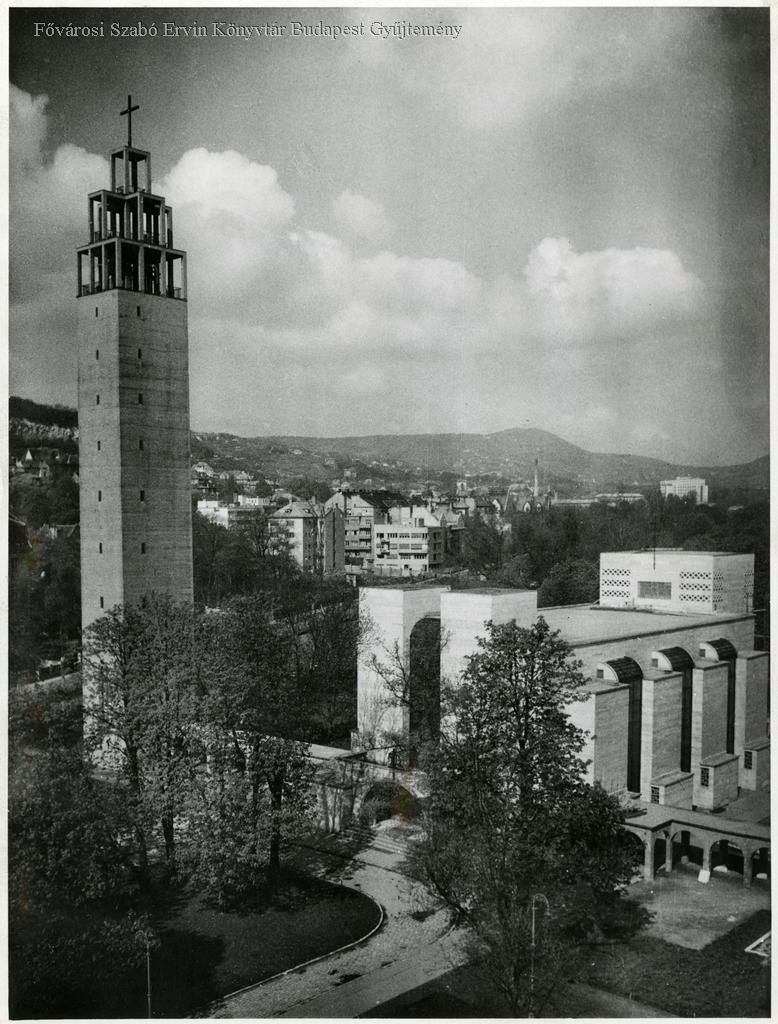 After the Second World War, Bertalan Árkay worked mainly on monumental restorations, and his large-scale tasks included the restoration of the building of the Budapest Museum of Fine Arts in 1948. Until his retirement, he was an employee of the Public Building Design Office, then fulfilled primarily church assignments. In the last decades of his life, he researched the possibilities of further development of architecture as art. His collection of designs for architecture in Budapest is kept in the Budapest History Museum.

Cover photo: Between 1931 and 1933, Aladár Árkay and Bertalan Árkay designed the Városmajor Heart of Jesus Parish Church, which shows the style of both father and son.