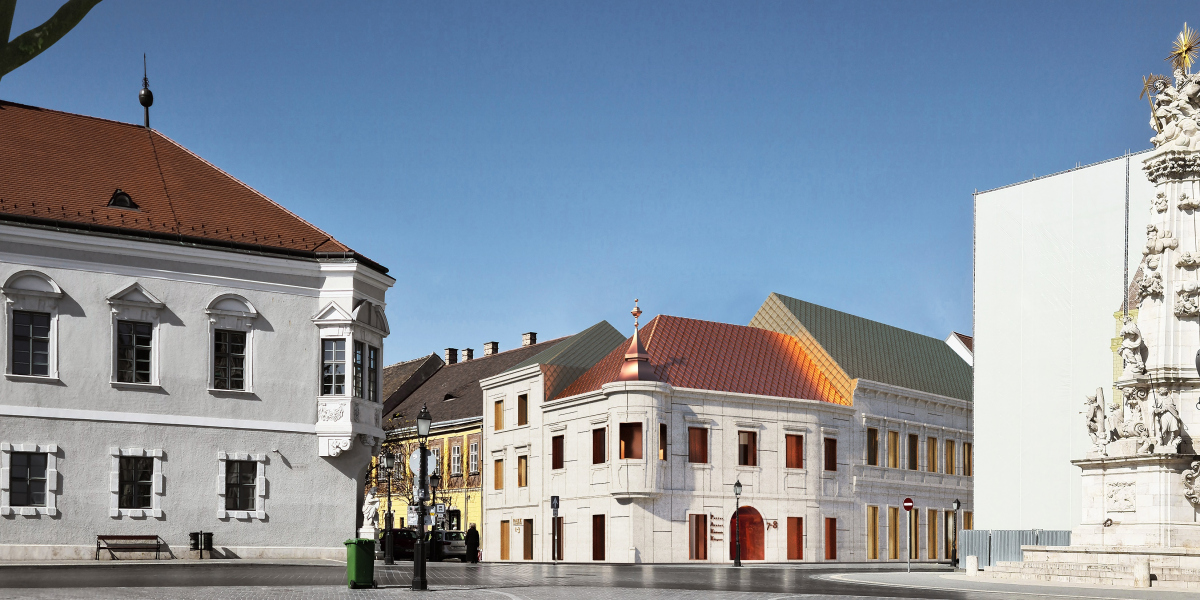 A building fitting the historical environment will be on Szentháromság Square in Budavár, says the designer

A house, respecting the historical past, which closely matches the image of the Castle District and the UNESCO World Heritage Site, will be the new conference centre of the Pallas Athene Domus Meriti Foundation in Szentháromság Square, said Ádám Reisz, head of Rapa Architects, the designers of the building. He also explained that the starting point for the reconstruction of the facade was the pre-war state, as there is a wealth of visual information available about this age on which they could based it.

The new conference centre of the Pallas Athene Domus Meriti Foundation (PADME), designed by Rapa Architects led by Ádám Reisz, will be built on the site of the former Burg Hotel in Szentháromság Square, 1st District. The building could be purchased by PADME based on a government decision in December 2019. 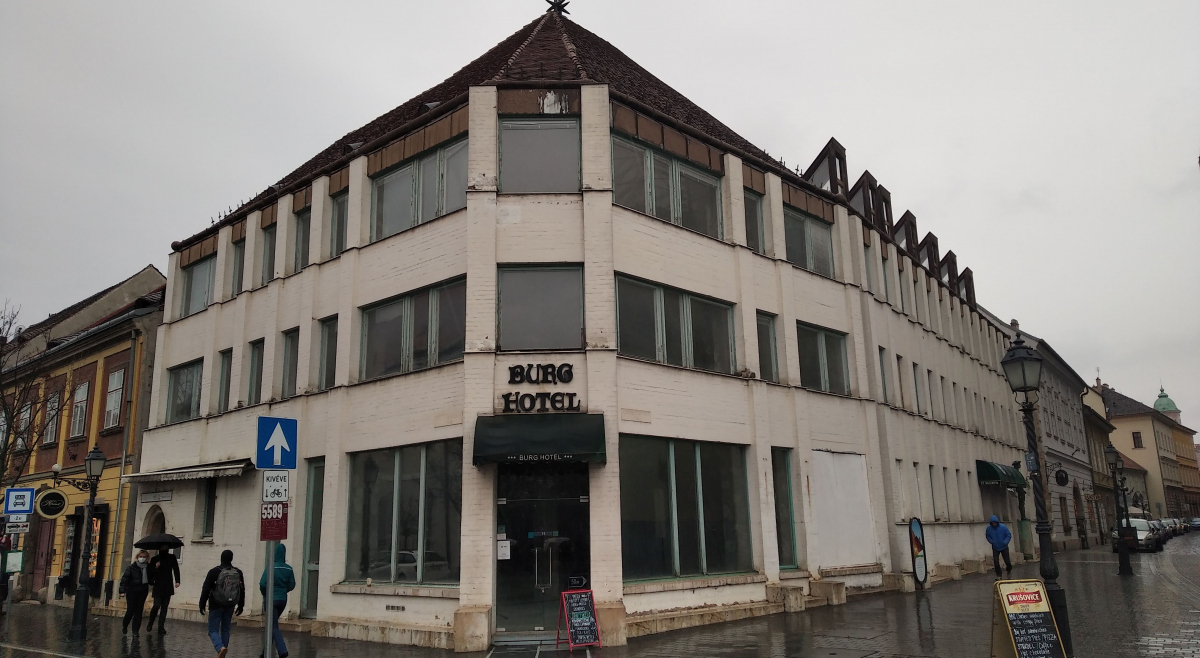 The building of the former diplomatic residence, the later Burg Hotel, was completed in 1981, and the new conference centre will be built in its place (Photo: Péter Bodó/pestbuda.hu)

The architectural image of the Castle District changed violently during World War II and the years that followed due to bombings and subsequent demolition. This happened in Szentháromság Square, opposite the Matthias Church, in the case of real estate 7-8 Szentháromság Square also - explained Ádám Reisz, head of Rapa Architects, who was in charge of the design.

There have been several buildings on the plot of Burg Hotel since the Middle Ages. As PestBuda reported in detail, the house of the Dominican Sisters was located under number 7, which was partially destroyed after 1686, but two single-storey houses were added to the area in the 18th century using the ruins. These were combined into a U-plan building in the 19th century, and in 1870 Imre Bárczy also designed a second floor for the property, retaining the Classicist style of the facade.

House No. 8 survived Turkish times, but was redesigned in Baroque style in the 18th century. There have been shops in both houses over the centuries. During World War II, in December 1944, the buildings were hit by a bomb and the house next to them, on 3 Szentháromság Street - they were demolished in 1946. Between 1979 and 1981, the three buildings were replaced by a diplomatic residence designed by György Jánossy and László Laczkovics. 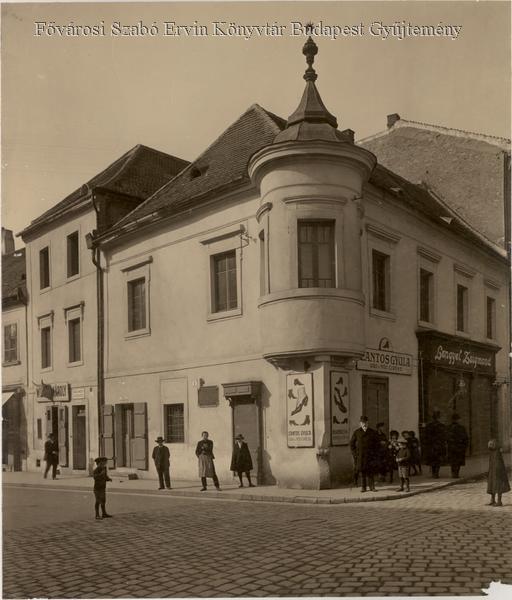 The house at 8 Szentháromság Square was modernised in the 18th century (Source: FSZEK Budapest Collection)

Now the PADME, founded by the Hungarian National Bank, wants to reconstruct the building on the property it owns, in line with the historical image of the Castle District and the UNESCO World Heritage Site. However, this reconstruction is different from the other reconstructions carried out by the Foundation in the Castle District, in which the faithful renovation of the original, centuries-old historical building was combined with the new function and modern interior solutions, added Ádám Reisz. 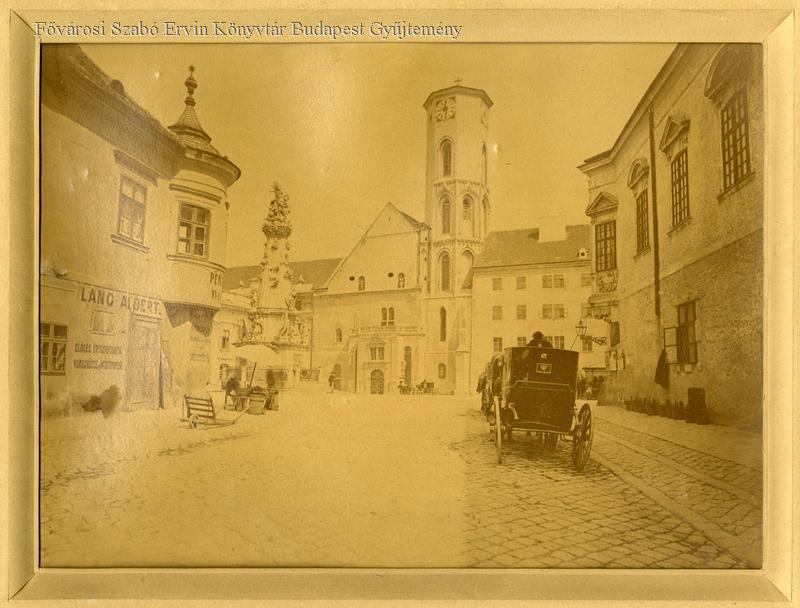 Szentháromság Square around 1875, opposite the Matthias Church, before its reconstruction (Source: FSZEK Budapest Collection)

As he added, in the case of the Pallas Athene Conference Centre, they would like to restore the facade that fits into the environment, while the interior of the building itself will be designed to meet the requirements of the present age and new function, where modern and classic lines will create a timeless milieu. 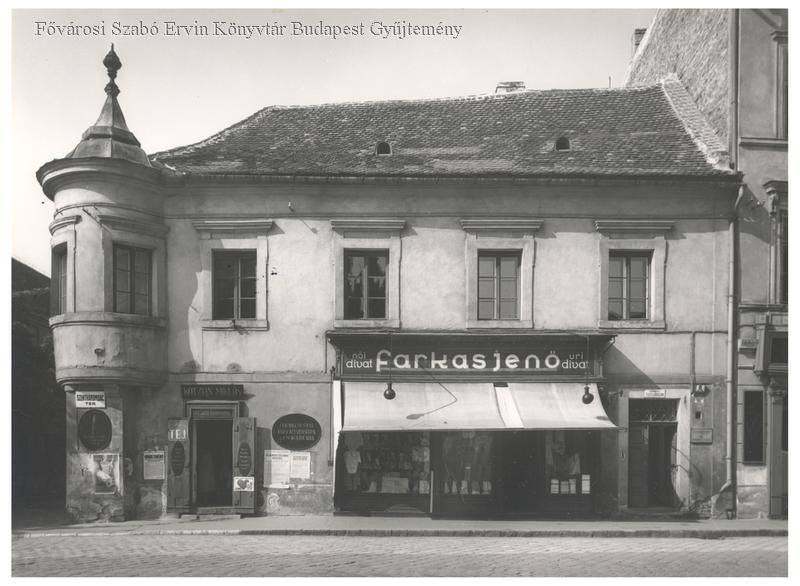 The house at 8 Szentháromság Street in 1941 (Photo: FSZEK Budapest Collection)

In the terms of reference, only the recall and restoration of the previous in-castle conditions were defined, but the office was given a free hand to map this, the architect said. Most of the pre-war information and studies on the plot are available, so it was clear that this period and the remaining documentation would provide a basis for planning. 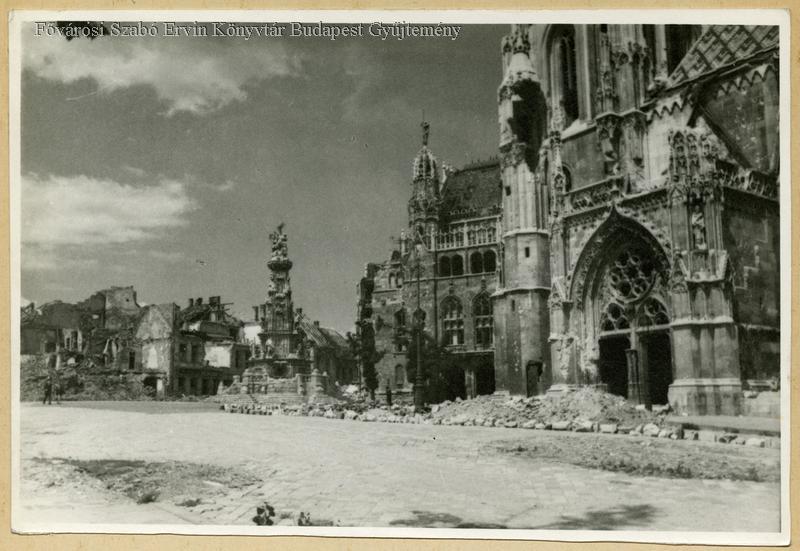 As Ádám Reisz pointed out, it is a great honour to design a house on Szentháromság Square, so they tried to look at the task with the utmost humility. The design was basically a contemporary approach, and a very detailed, thorough design documentation was born. The future function was also considered to be extremely important during the work, i.e. the modern operation of the PADME centre, and the technical and functional requirements will be fully met by the building, the designer informed our newspaper.

This is how the facade of the new conference centre will look like (Source: Rapa Architects)

As PestBuda learned about the conference centre that the entrance will be located in the central building, as will the lobby, but here the multi-storey lobby of the conference room with a modern, elegant café will also be designed. In the everyday life of Szentháromság Square, the building will appear much more powerful and emphatic than the houses that used to stand here.

The conference centre is located opposite the Matthias Church (Source: Rapa Architects)

However, the detailed interior design and the design of the spaces are still in progress. “However, it can be said that an important aspect in the design was that we do not in any way exceed the scale of the original, or the buildings currently there, either in terms of floor space or other dimensions. The client was also a partner in this, who, despite the valuable location, agreed to build a house with a smaller total area than the current one, respecting the historical environment”, said Ádám Reisz.