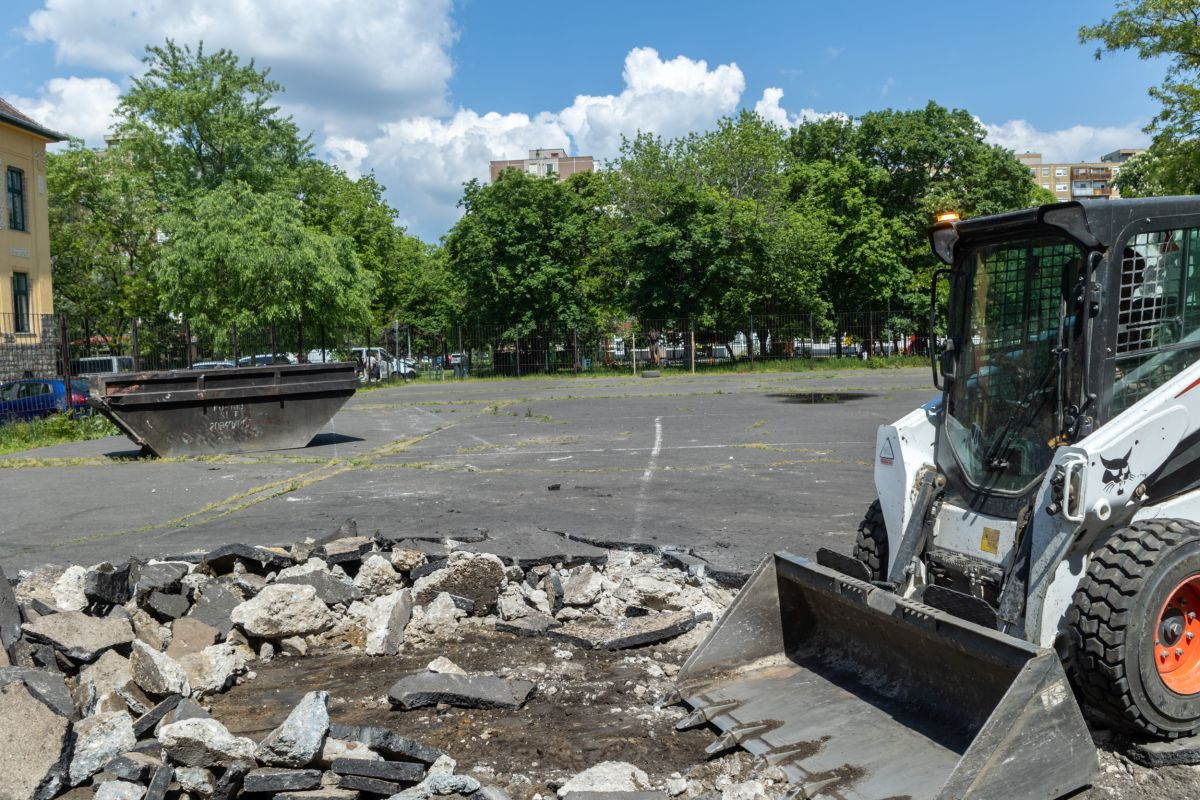 The concrete covering of the disused sports field in the area bordered by Tavasz, Nyár and Viola streets in Újpest has already started to be demolished, as a community garden is being created there - according to the news published on ujpestmedia.hu.

A new community garden will be created on the site of an abandoned sports field bordered by Spring, Summer and Viola streets (Photo: Google Maps)

As they write, a 22-bed community tank garden was established last May in the Izzó housing estate, where locals can garden and grow vegetables with professional help. This time, a community tank garden of nearly 1,000 square meters will be created in the Újpest housing estate. In the area of the disused, neglected sports field, the concrete is broken to its full depth and then the area is filled with earth. After that, 40 and a half to two-foot, 50-centimeter-high beds will be created as planned. I would cover the area between the beds with mulch. In addition, they would create a rain stop with benches around it, bicycle racks next to the entrance, and three resting points between the beds with trees, benches, and taps for irrigation. Also planned are a sun-protected sandpit for children and a community space on the north side of the garden that could be a venue for various events. Fruit bushes (raspberries, gooseberries, currants) are planted on the eastern side of the area, and hedges and runners (acorns) are planted in the rest of the area.

Plan of the new community tanker in Újpest (Photo: ujpestmedia.hu)

As you can read in the news, after the construction of the new community garden, the Újpest City Guard will announce a tender for the beds. It is planned that the forty prospective winners will be able to take possession of their beds as early as the end of June.

Cover photo: The construction of the new community tank garden in Újpest has started (Photo: ujpestimedia.hu)