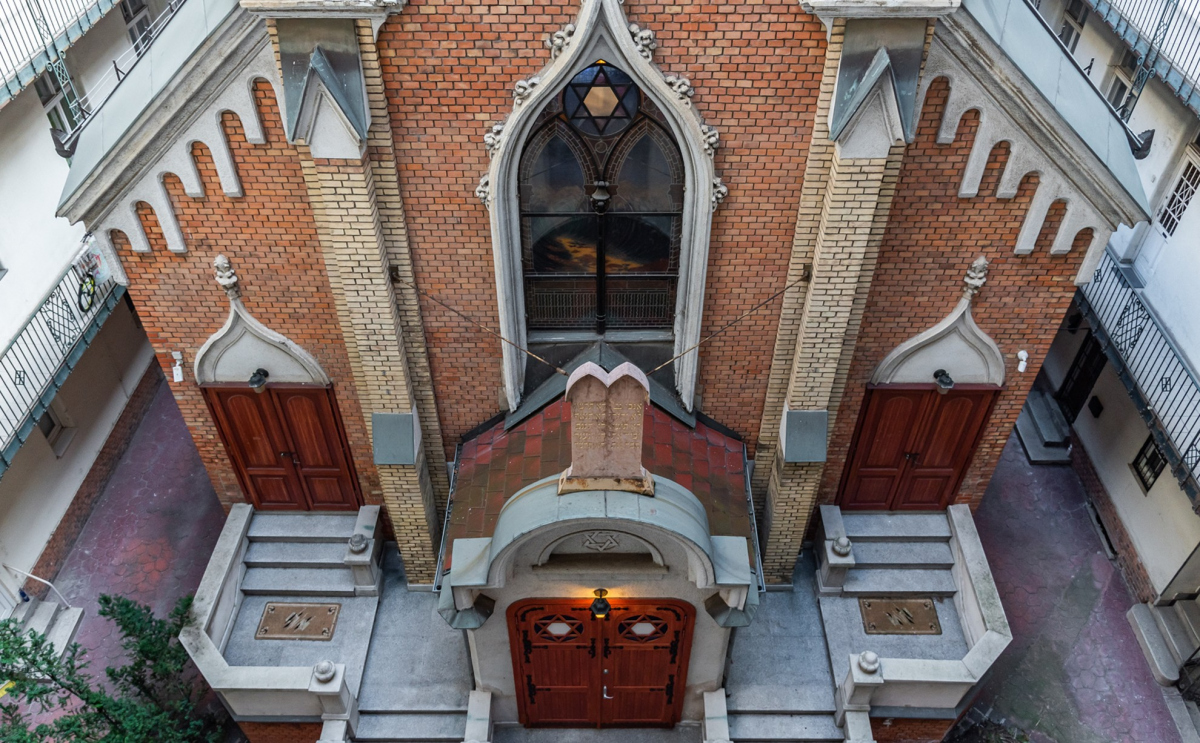 When the synagogue on Frankel Leó Road - then Zsigmond Street - was built, it was referred to as the Jewish church in Újlak. Its designer was Sándor Fellner, the creator of the Ministry of Finance in Buda Castle. The synagogue in the 2nd District is no longer seen as it was at the time of its construction since it has since been surrounded by a residential building.

The foundation stone of the Jewish church in Újlak was laid 135 years ago, on 16 October 1887. According to the founding document, the church was designed by architect Sándor Fellner, and the construction works were carried out by master builders Sándor and Gyula Wellisch.

The Neologist synagogue is located in the 2nd District, on the plot at 49 Frankel Leó Road (formerly 49 Zsigmond Street), it was consecrated on 8 August 1888, and the building was able to accommodate 400 people. The Neo-Gothic style synagogue was originally surrounded by one-story houses, in 1928 a six-story U-shaped residential house was built in front of it. The building, open to the Danube, surrounds the synagogue, which can be approached from Frankel Leó Road, through the three-arched gate of the apartment building. The facade of the apartment building is decorated with the Star of David, the stone tablets of Moses and other Jewish religious symbols. 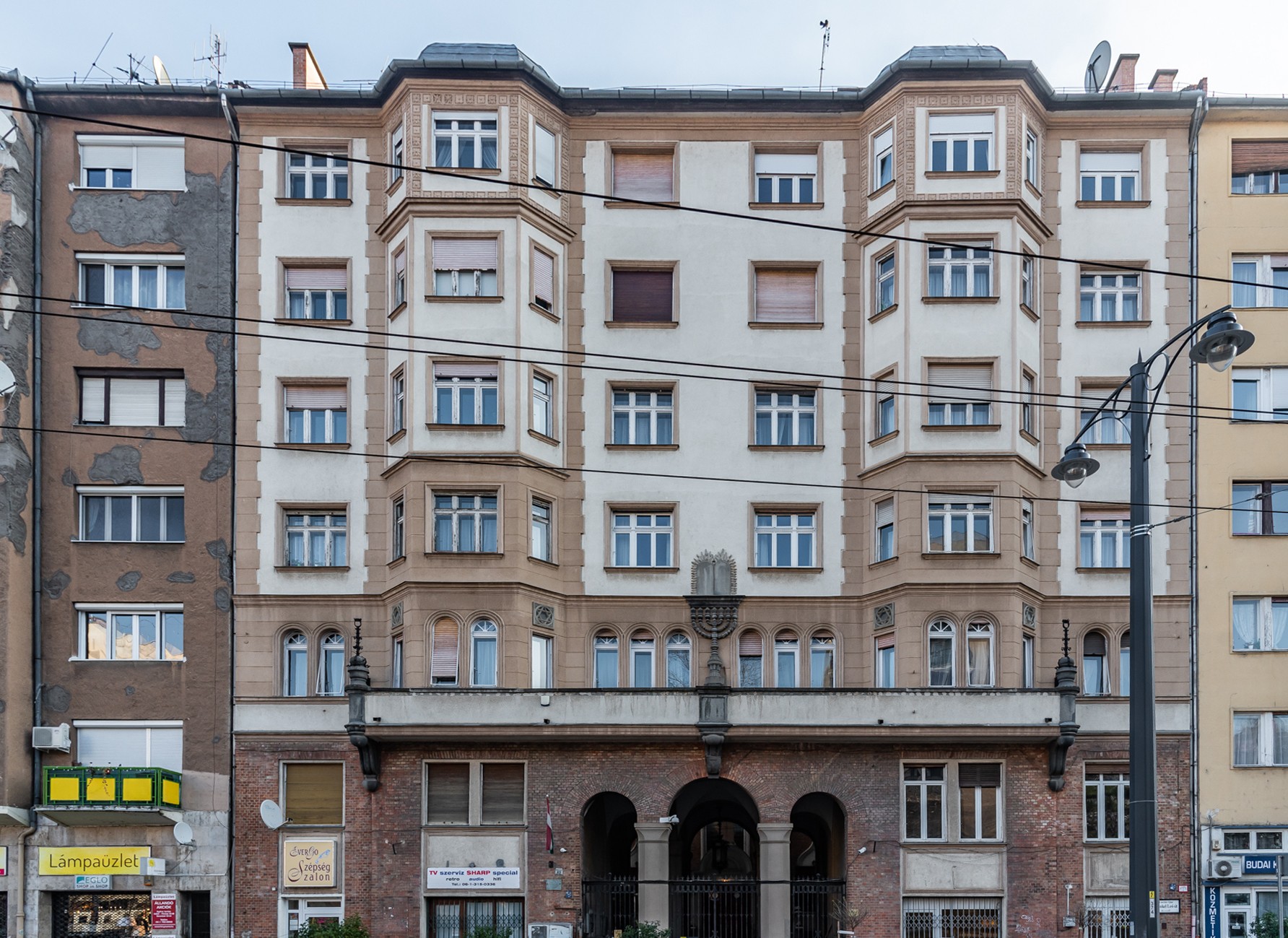 The facade of the apartment building under 49 Frankel Leó Road is decorated with Jewish religious symbols. From here, the built-around synagogue can be approached (Photo: Balázs Both/pestbuda.hu)

The facade of the synagogue is covered with clinker bricks, and there is a decorative wooden gate at the front entrance. The building was completely renovated in 2000. 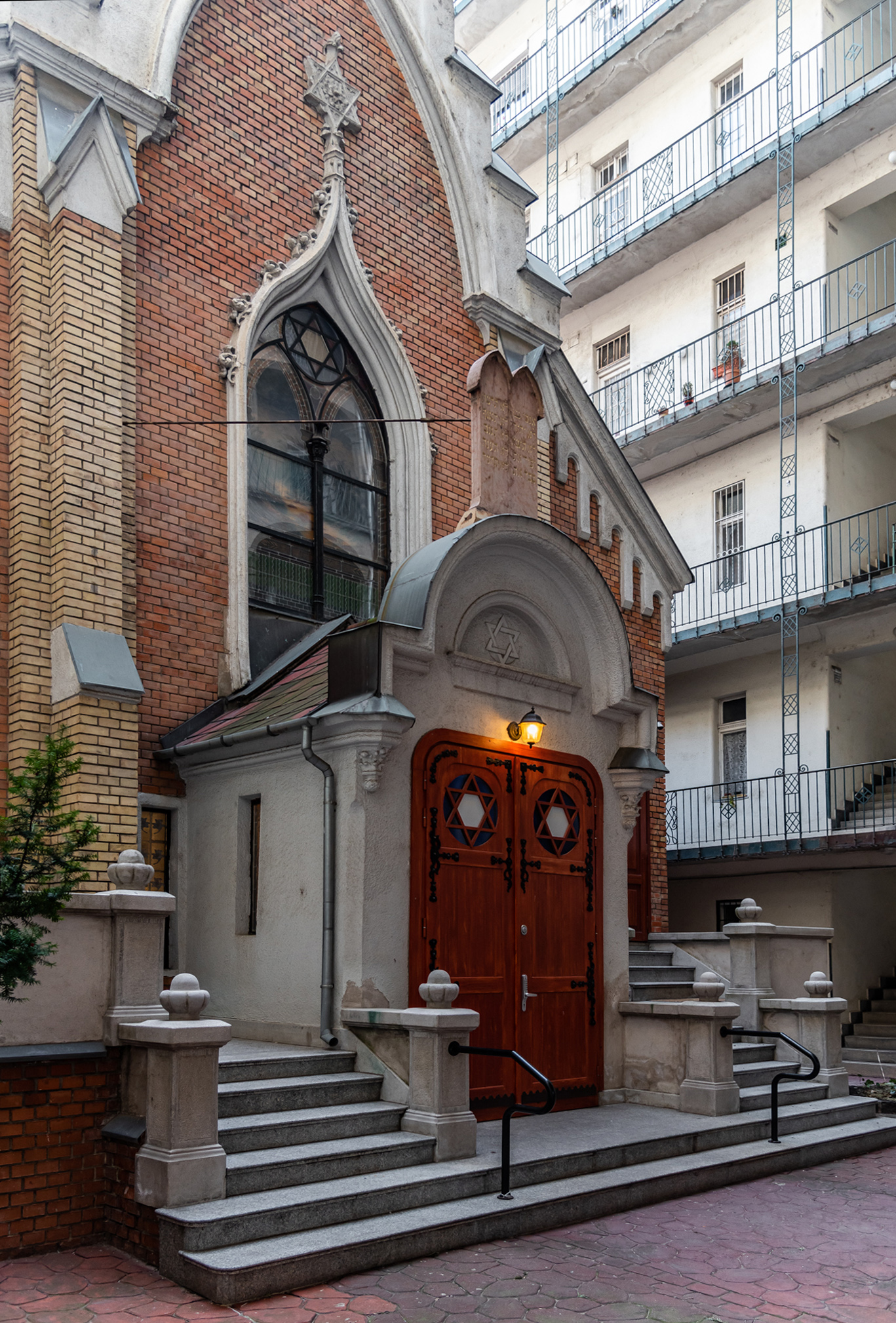 On the fiftieth anniversary of the laying of the foundation stone of the Jewish church in 1937, the Buda religious community organised a big celebration, the Budai Napló reported on 28 October 1937.