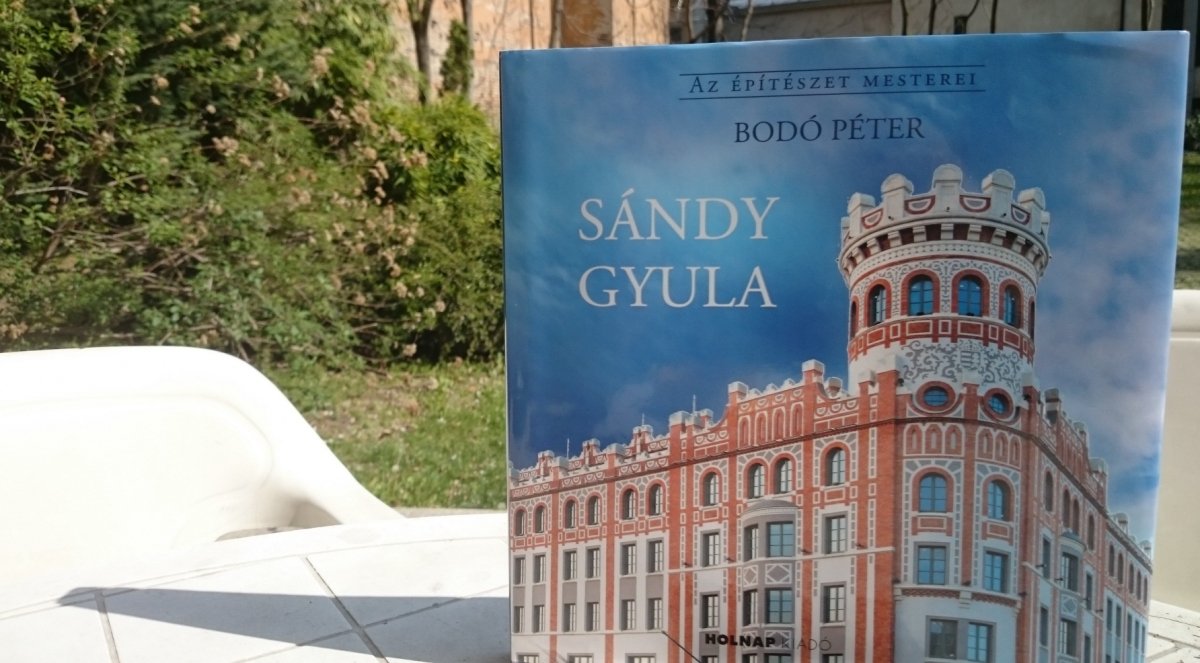 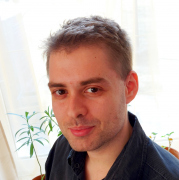 Finding and viewing pieces of the architectural heritage of a city with a long history is an eternal tourist hit. Budapest stands out in this area mostly with the legacy of dualism and the two world wars: almost everyone have encountered the names of Miklós Ybl, Imre Steindl or Ödön Lechner, but if we dig deeper, it is impossible to list how many undeservedly lesser-known talents contributed to the decoration of the Hungarian capital. The building of the Buda Postal Palace, which adorns the south-western side of Széll Kálmán Square, is also connected to such a genius: a remarkable volume came out this year about Gyula Sándy's life and work, both from a professional and a layman's point of view.

This is the first monograph on Gyula Sándy (a memoir was previously published about him), which was made possible through the thorough research and authorial work of the art historian Péter Bodó. The name of the architect is less well known, while many of his plans have been realized. We soon learn that he was an experienced specialist in Lutheran church architecture, but he built a school, a castle, other office buildings, even a monument. He loved if his buildings were given a raw brick façade, and even as a beginner he made sure to mix out individual forms from the existing style elements that were unique to him.

The book introduces us to Gyula Sándy through four main chapters. The first is the biography of the master: we learn that he was born in Felvidék and there were several artists in his family tree (including István Ferenczy, an outstanding artist of Hungarian sculpture). We can read at length about his student years, his travels, his marriages, and, of course, the stages of his endearment to architecture.

Significant attention is paid to the years spent at the Technical University, in Samu Pecz's office and in the Upper Civil Engineering School, followed by World War I, the 1920s and 1930s, and finally the retirement years. It would also be difficult to highlight any stage of his varied life that the publication colours with diary entries, quotes, and archival photos. The second main chapter presents the general features of Gyula Sandy's architecture: from the preference for the middle corridor design to the joint application of elements taken from Hungarian folk art and Gothic to the description of the conditions of a well-designed church. 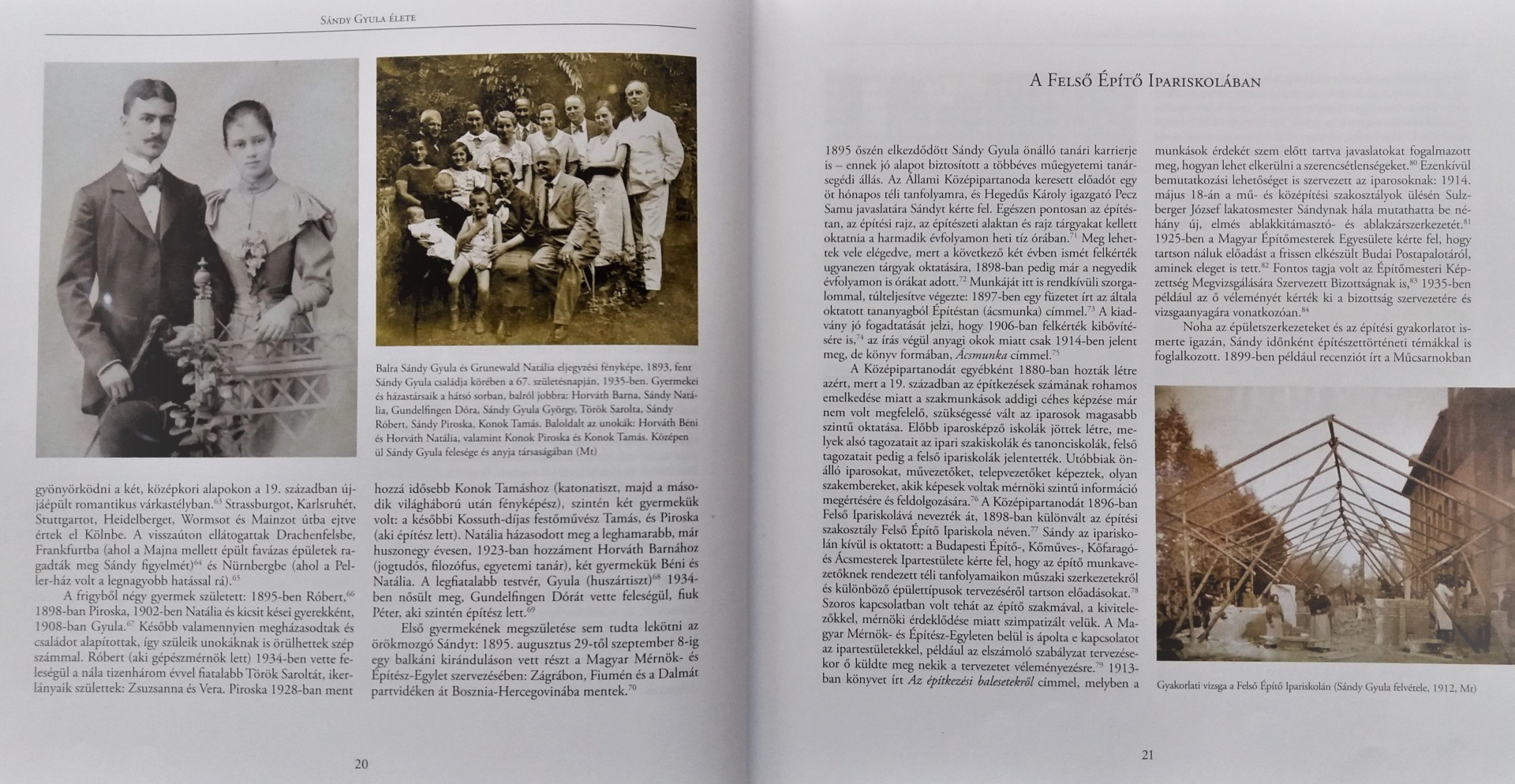 In the volume we can also find pictures capturing important moments in the life of Gyula Sándy (and his family) (Photo: pestbuda.hu)

Of course, the longest part of the book (more than 140 pages) is a detailed description of Gyula Sándy's work. His planned and actual works follow each other in chronological order. Out of the initial years, the town hall of Győr and the layout plan of Szabadság Square in Budapest stand out, as well as the Apartment House of the Buda Reformed Parish (at that time several of his completed buildings can be connected to Hódmezővásárhely).

This is followed by a decade spent with the undeservedly lesser-known architect Ernő Foerk: their joint work took place mainly in Croatia in the form of the Zagreb Postal Palace and the Tüköry Castle in Dióssszentpál. They also competed with the spectacular ideas of the Vienna Ministry of Defense, and with the plans of the Sáros and Rudas Baths and the Ministry of Religion and Public Education in Budapest.

Then we can find out that the Skating Hall of Gyula Sándy stood in Széll Kálmán Square for a few years, then after the completion of the Újpest Post, we get to his masterpiece, the Buda Postal Palace (now called Buda Palace), which represents the real "Sándy style" in its perfect maturity. The detailed description also covers the renovation of the building in 2018, which is completely true to its original façade. One of the culminations of his unfulfilled career plans falls into this period: the plan of League of Nations' (predecessor to the United Nations) Geneva Palace Chair House (of which we can also see pictures in the book) would have been a monumental commitment. 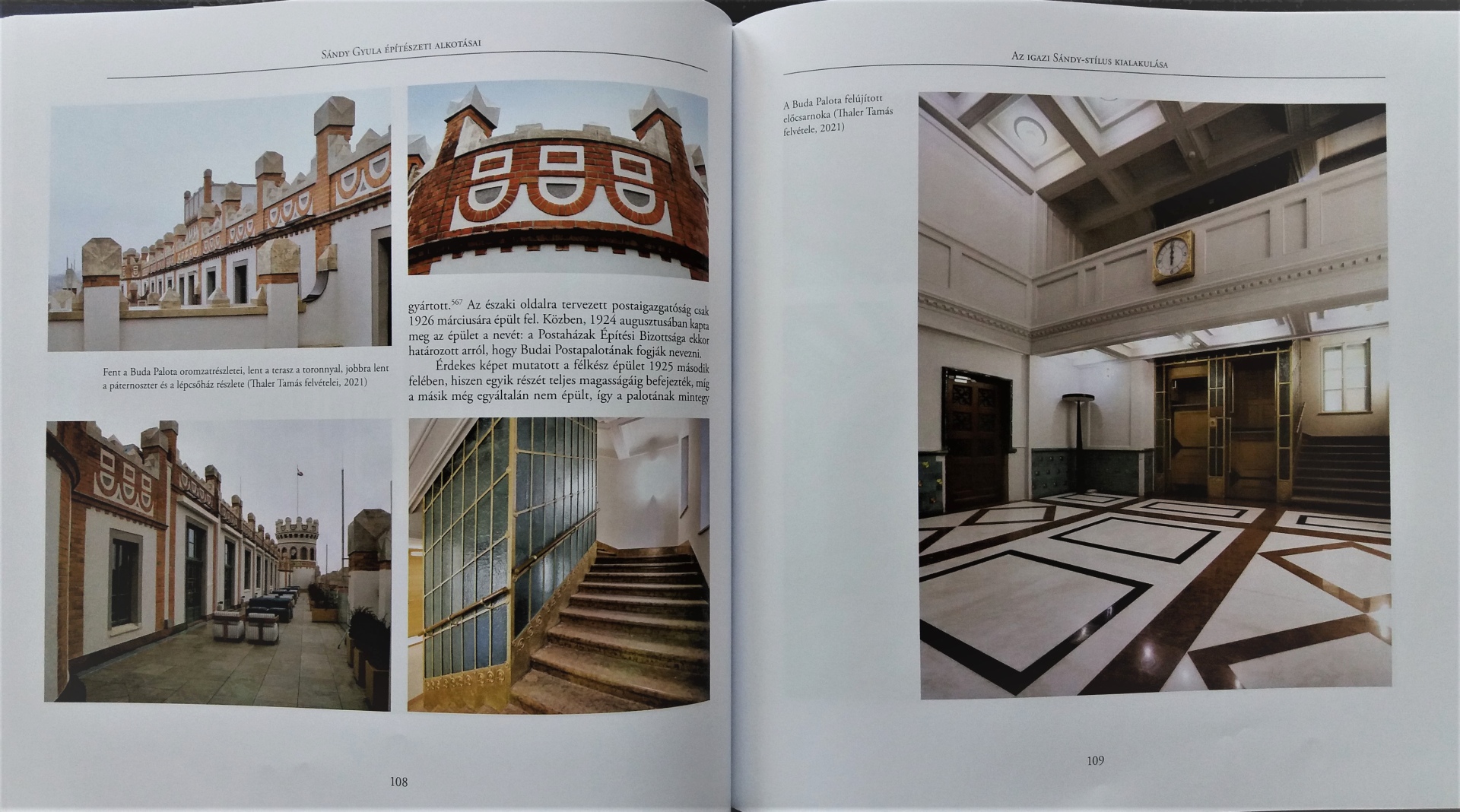 We will also get to know the facades, roofs and interiors of the Buda Postal Palace (Photo: pestbuda.hu)

In the most productive decade of Sándy's work (from 1930 to 1940) we can get acquainted with such tenders as the plan of the town hall of Debrecen or the southern side of Szabadság Square in Pest. The construction of several Lutheran churches in Budapest can be dated in this period (in five different districts in Pestújhely, Budafok, Angyalföld and Rákosmente), but he competed with implemented plans in several parts of the country (Székesfehérvár, Hatvan, Monor, Battonya and Eger, among others) or with unrealised church plans (for example, Érd, Orosháza, Szeged). The concept of an Indian Lutheran temple is also discussed as a curiosity. 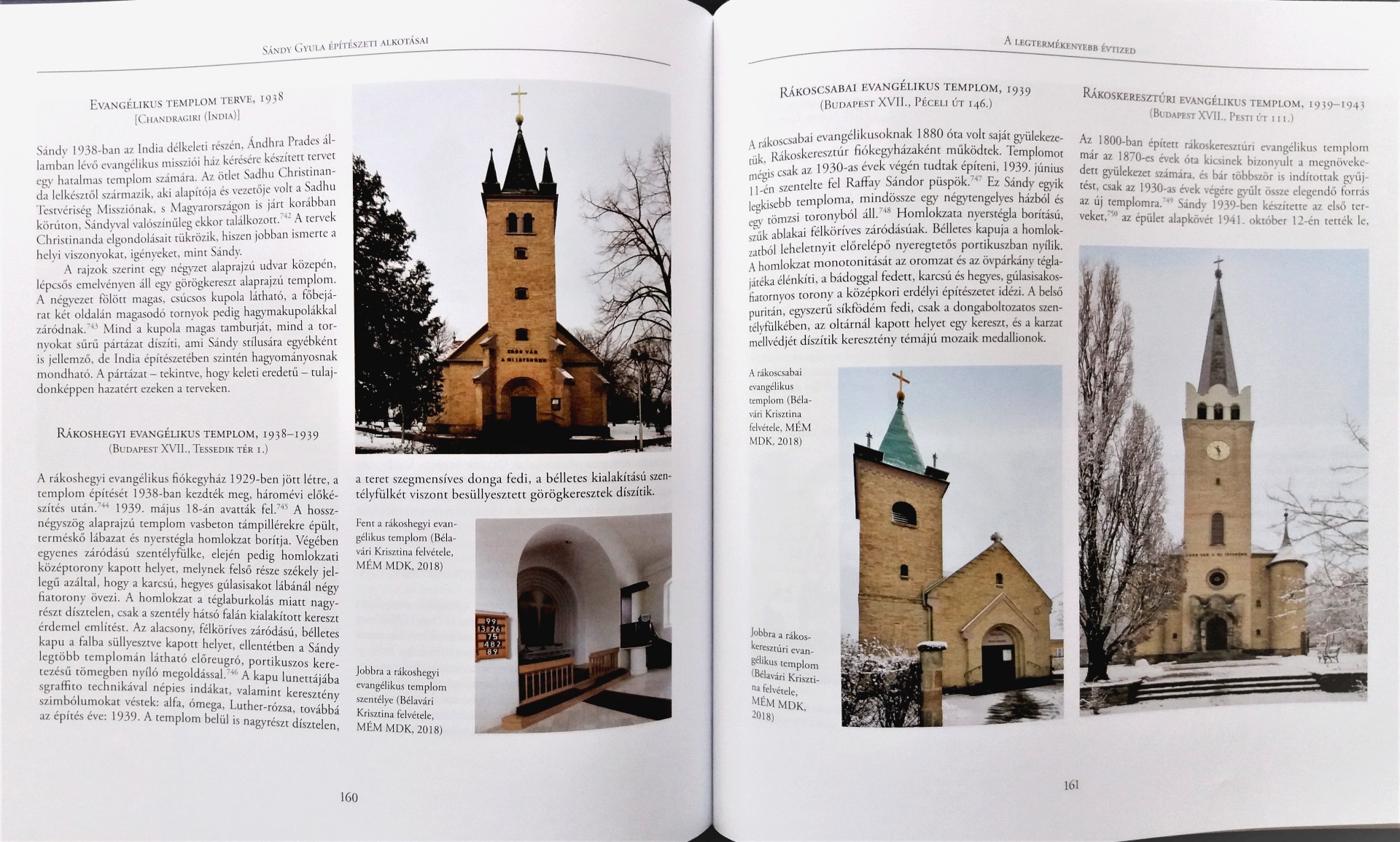 It is clear how Gyula Sándy became a master of church architecture (Photo: pestbuda.hu)

The architect's determination did not diminish during his retirement years (from 1940 to 1953), he prepared plans for additional churches, including the Lutheran churches in Győr-Nádorváros and Sződliget, as well as plans for residential buildings, but he even came up with the idea of the arrangement of the Budapest slope of the Várhegy. The last chapter offers an insight into the professional and public activities of Gyula Sándy: we can find out which association, chamber or committee he was a member of, and what successes accompanied these memberships. We also get a summary of the master's speeches and lectures: it turns out, for example, where he would have liked to build the new Budapest town hall or to place the Kossuth sculpture group (justified, of course, from a professional point of view). Finally, a list of Gyula Sándy's publications follows, and the volume is closed with notes, bibliography and index.

We can honour a great publication in this monograph about Gyula Sándy. In addition to helping to introduce us to one of the lesser-known talents of the era, lovers of architectural history and urban aesthetics will also enjoy it.